The Halloween season brings in hordes of scary creatures, from vampires to monsters to mummies. If we only look to the ant world, we can find all three. But these are not the scariest Halloween creatures to be found among the ants.

Ant Zombies!
In the tropical regions of the world, millions of ants are following the whims of an infection, possessed by a parasite that controls their brains for its own nefarious purposes. After maneuvering the ant into ideal position, this infection kills the vessel insect and explodes from its scull to give birth to more of its kind. Meet the Ophiocordyceps fungus and the ants it controls. 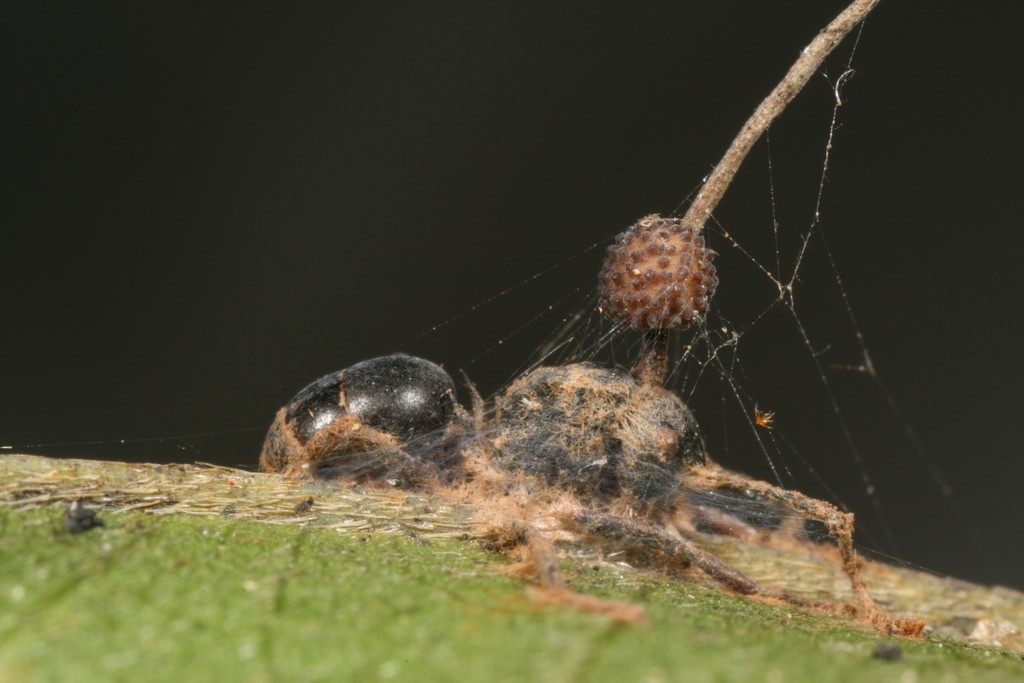 Ophiocordyceps. unilateralis is the villain in this horror story, a fungus that attacks ants and takes over their brains. Known as the “zombie fungus,” O. unilateralis attaches to the unsuspecting ant and breaks through its exoskeleton. The fungus spreads through the insect, producing chemicals that manipulate the ant’s behavior. The infected ant roams drunkenly, falling from high in the trees and erratically moving around on the forest floor, until the sun reaches its full height in the sky, at which point the ant ceases its wanderings. Under the influence of the zombie fungus, the ant chooses an ideal leaf. It bites down on the large vein of the leaf, and the ant’s jaw locks. The death grip is maintained until the ant dies and even after, as the fruiting body of the fungus explodes from the ant’s head, releasing its spores to infect more victims.

These unfortunate ants can be found in graveyards optimized for fungal growth (the correct temperature and humidity), and other ants actively avoid these sites, foraging in areas away from their dead peers.

Even movie makers are beginning to note the zombie ants. David Hughes, a leading expert in O. unilateralis, consulted for the movie World War Z and the videogame The Last of Us, lending real-world science to fictional zombies. The Last of Us imagines a mutated form of Ophiocordyceps that can infect humans, but we don’t have anything to fear from the zombie fungus anytime soon. The fungus has been specialized on ants for at least 48 million years, as fossil evidence shows. So humans don’t have to worry, but other bugs still need to keep their zombie defences high. There are strains of Cordyceps that infect many different arthropods, including tarantulas, grasshoppers and stick insects. The caterpillar specialist Ophiocordyceps sinensis is even used medicinally by humans. It is considered a “miracle cure” for many ailments and high quality specimens can sometimes sell for up to $50,000 dollars a pound!

So how do you stop a zombie infection? Ideas vary, but the zombie ant fungus has its own fungal foe. When O. unilatralis is infected by this hyperparasite, it cannot produce spores. This metafungus keeps the zombie number low and the spread of zombie-ism from progressing too fast through the ants.

In short, you don’t need to go to the movies to see zombies. Just go to the tropics and stay wary of fungi trying to control your mind (especially if you are an ant!). 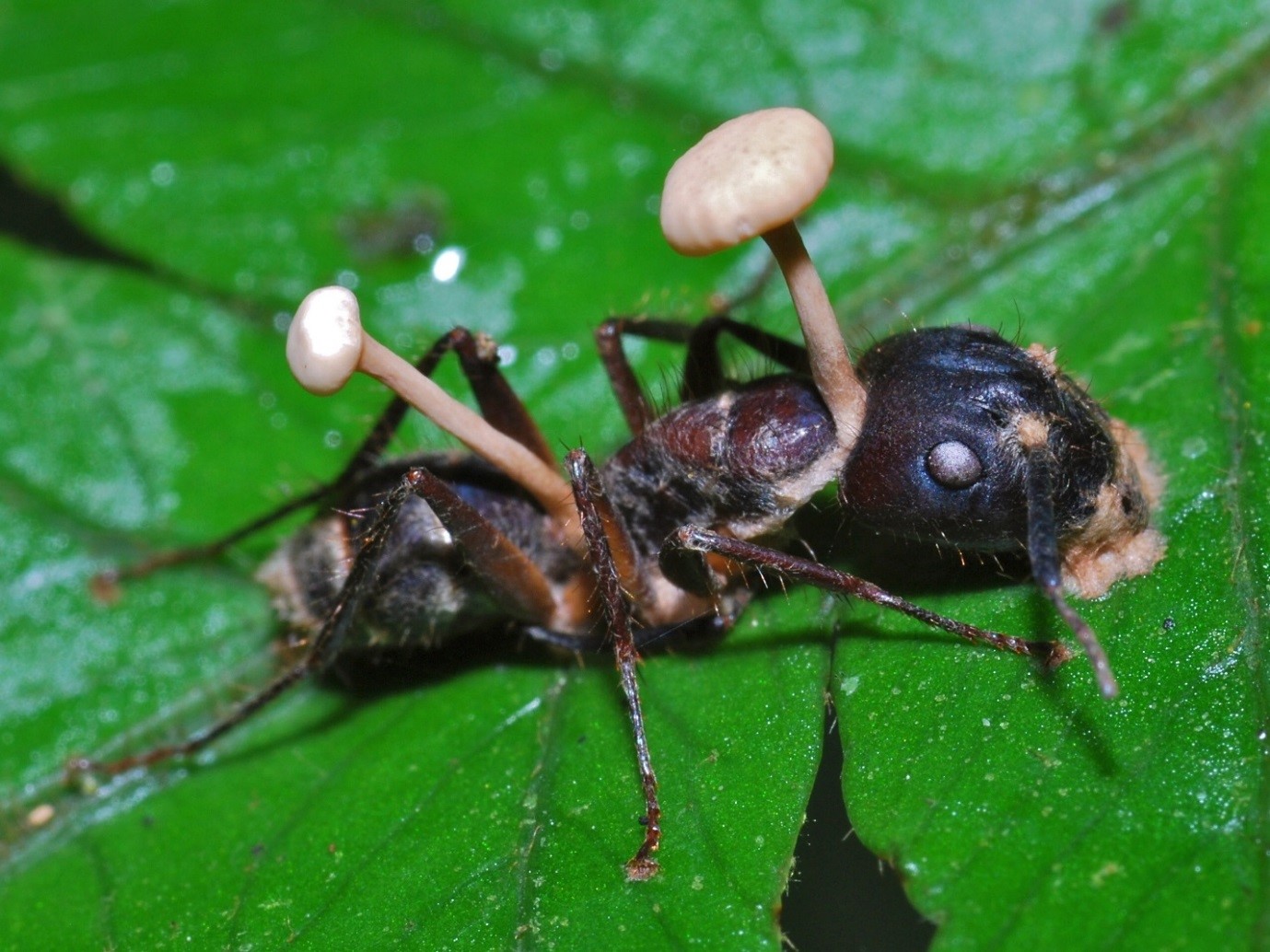