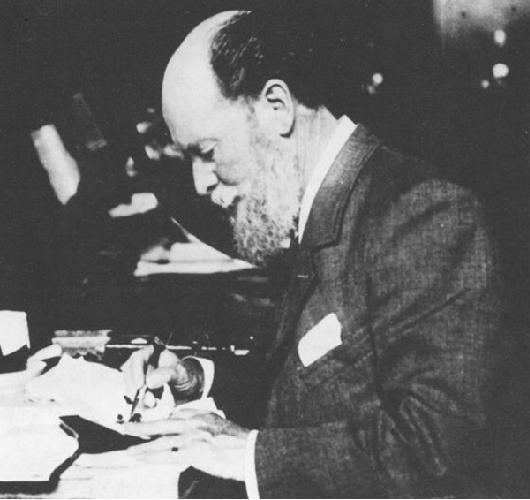 Our Dorothy and Artie McFerrin Fabergé Gallery is back with a revamped exhibit space and over a hundred new Fabergé objects on display. In honor of opening of the “new” exhibit, we are featuring a whole series of interviews and blogs from curators and volunteer guides who are passionate and knowledgeable about the beauty and history of Fabergé. Today we will discuss The man himself: Peter Carl Fabergé and his unique and somewhat eccentric  marketing strategy that brought him fame.

Fabergé’s Origins
In Fabergé‘s era, it was normal for businesses to be passed from father to son. Gustav Fabergé also knew artists preferred to create far more than they liked marketing their products. With that in mind, before his sons could work in the family business, Gustav Fabergé sent his sons to business school.

After Gustav’s eldest son Carl graduated, his father had him tour Europe to see for himself the unique styles of artists from major jewelers and museums. Carl Fabergé emerged from this trip with a wealth of marketing knowledge and intimately understood quality and mechanics of name branding of beautiful masterpieces.

When it was time for him to build his own factory, Carl hired experts from many of the countries that he saw on his tour.  They were experts experienced in a variety of techniques including enameling and stone setting. He also hired a variety of metalsmithing masters who were versed in such techniques as chasing, repoussé, filigree and guilloché.  Moreover, Carl was famous for product quality control and was known to have used a hammer to destroy inferior works in progress. This allowed for any work done to be recycled: from enamels, gems and metals. 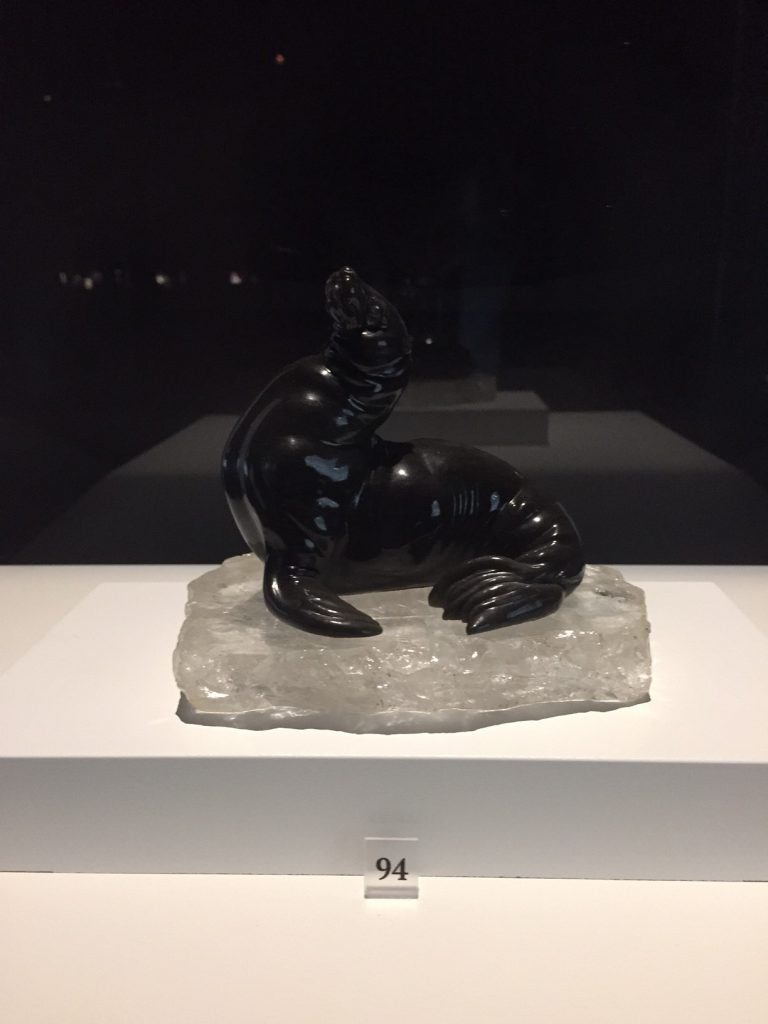 Seal made of obsidian on a rock crystal base

As the demand for gem and mineral carvings grew, he hired an entire carving company to do exclusive work for him.  During this 9 year period, he even had a 2-ton boulder of nephrite jade sitting in his courtyard to cull from whenever material was needed for a specific carving. He tried to use local materials from the nearby Ural mountains as much as possible and would try to use materials that would fit the intention of the carving such as using silver sheen obsidian to imitate wet skin of a sea mammal or crystal quartz to symbolize ice. Since gem cutting was a closed trade, he never hired gem cutters and preferred to only use accent stones to embellish an item. His major profits came from metalsmithing and enameling, resale of big gems being not as profitable. However, his most expensive sale was of the most perfect set of pearls that had ever been strung that was given as a wedding present to Alexandra Federovna from Czarina Marie. 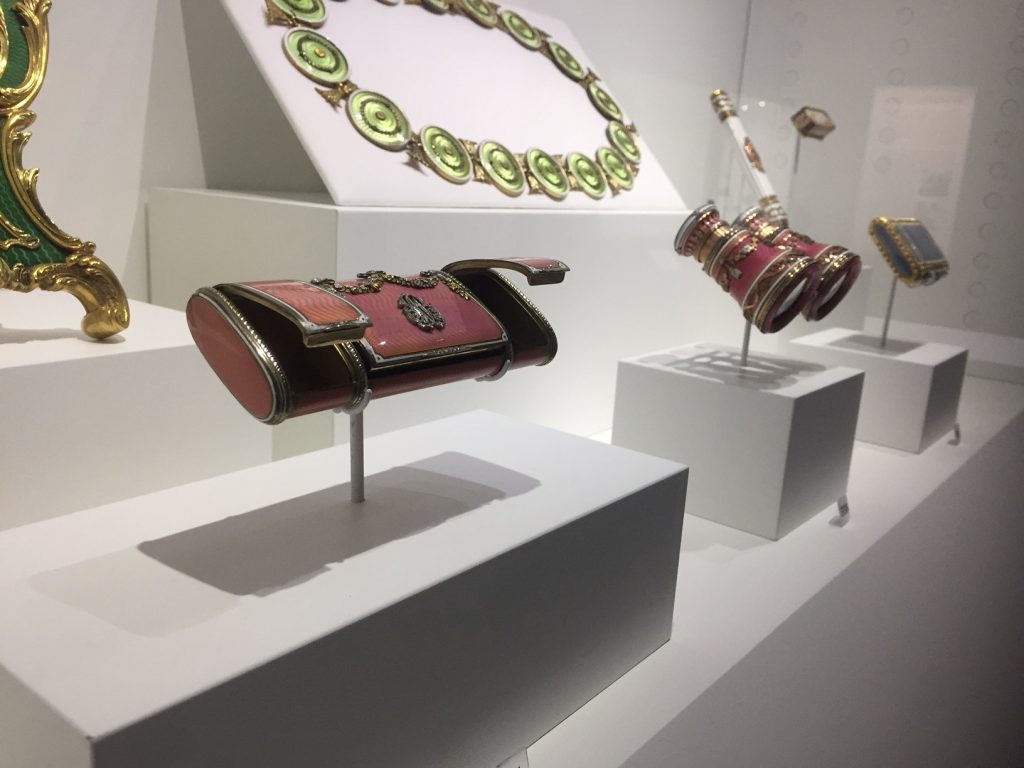 Because the business grew so large with good planning and financially sound ideas, Carl had no time to do any of the actual creation work himself but was the driver behind many of Fabergé’s unique designs and company marketing. He expanded the scope of the business to include utilitarian items such as office implements, perfume bottles, handles for canes and umbrellas. Massive amounts of cigarette cases and other tobacco related items were also produced since it was so popular at the time. 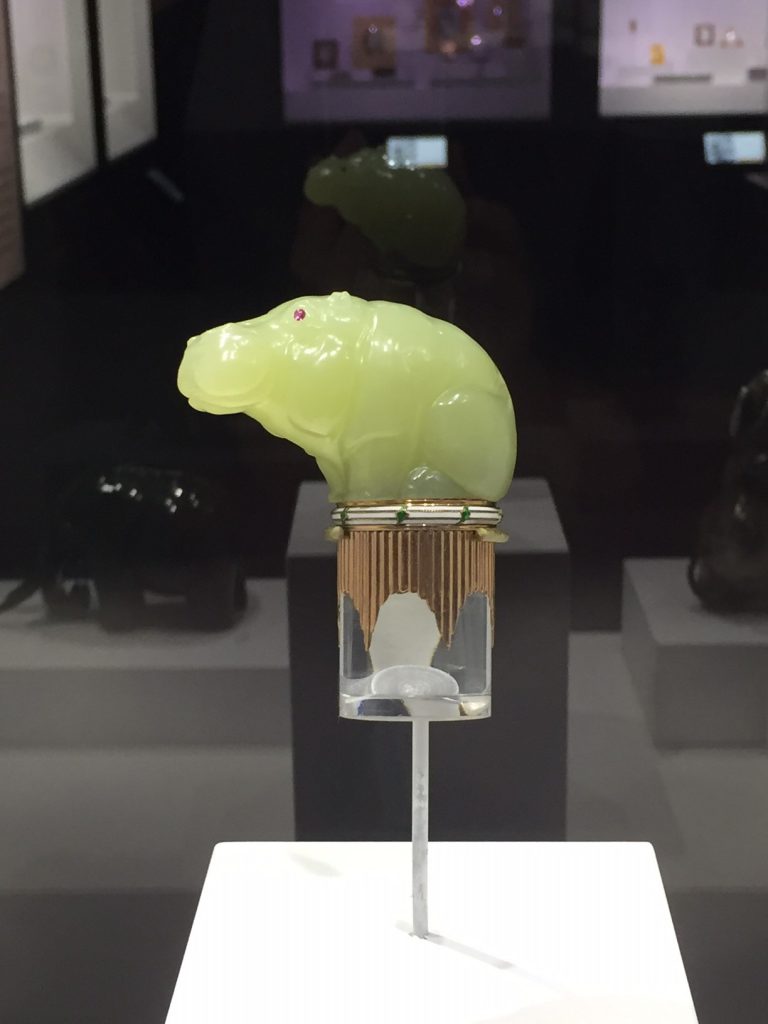 The Bolshevik revolution changed all of that. He was given 24 hours to leave the country without his wares and all of his employees had to go back to their countries of origin.  All of Fabergé’s works of art were sold off or put into storage. Today, a few rare collectors will exhibit their own acquisitions for the benefit of the public and HMNS is a grateful beneficiary of a permanent loan. The Fabergé brand or beauty has never been duplicated because of so much talent in one space has yet to occur again. 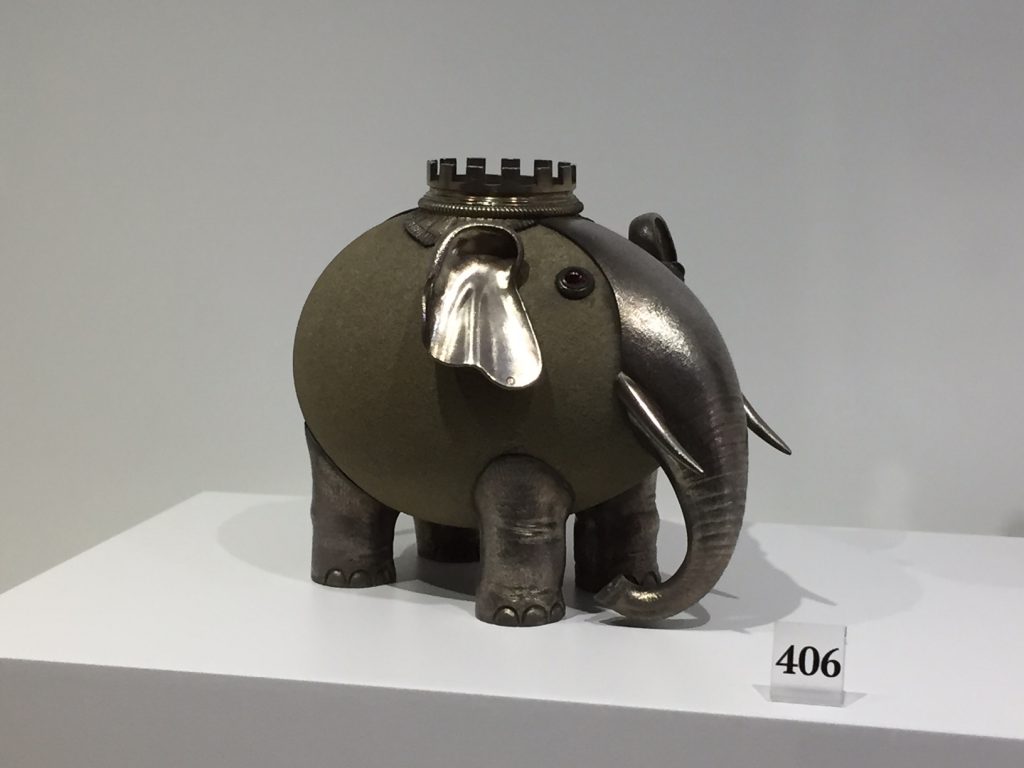 Match holder/striker of sandstone and silver with garnet eyes

Carl Faberge: Goldsmith to the Imerial Court of Russia
A Kenneth Snowman

From a Snowflake to an Iceberg, The McFerrin collection Our second summer trunk show features fellow Texan Claudia Lobão and her designs.  Labor-intensive techniques such as metal crocheting, beadwork, hand stamping and hammering metals are used to create these head turning pieces.  Each piece is handmade in Claudia’s home country, Brazil, where she has set up an artisan studio and trains local artists to […]