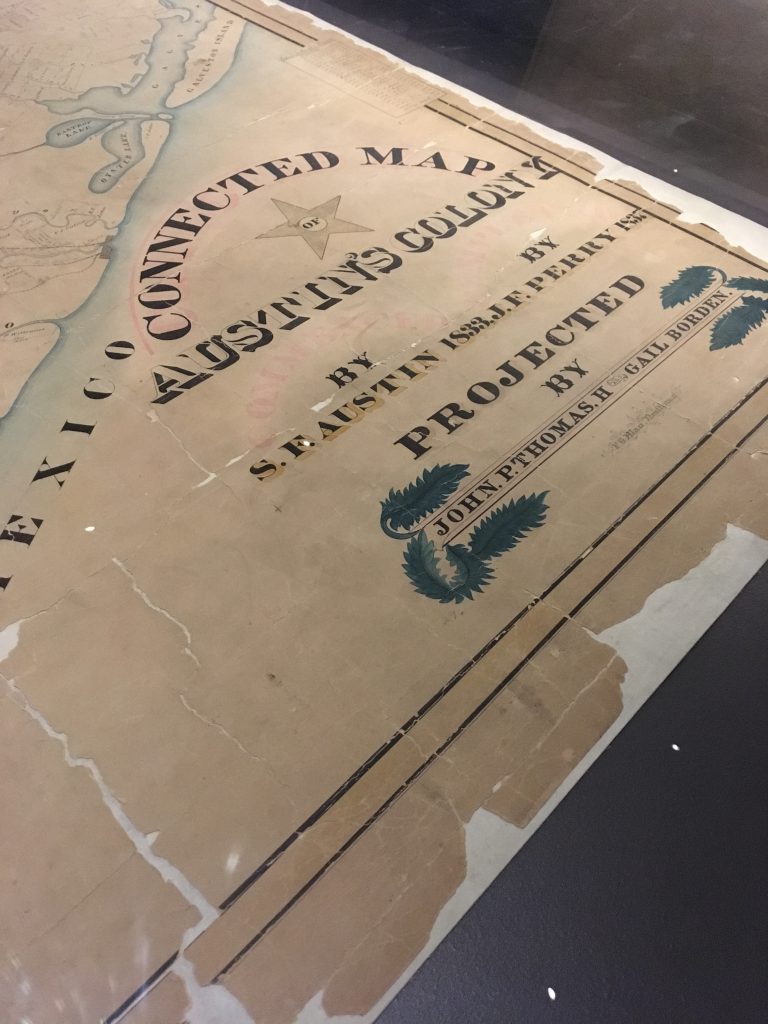 Sometimes when we highlight selections from HMNS collections, we like to bring your attention to something small and understated, something you may not have noticed on your trips to the museum. But if you’ve been to the museum since the opening of Mapping Texas: From Frontier to Lone Star State, chances are you didn’t miss the subject of this blog. Standing in a specially made case ­­­three and a half feet above the ground, this seven by eight foot map is one of the exhibit’s focal points. What makes it so special aside from its size? 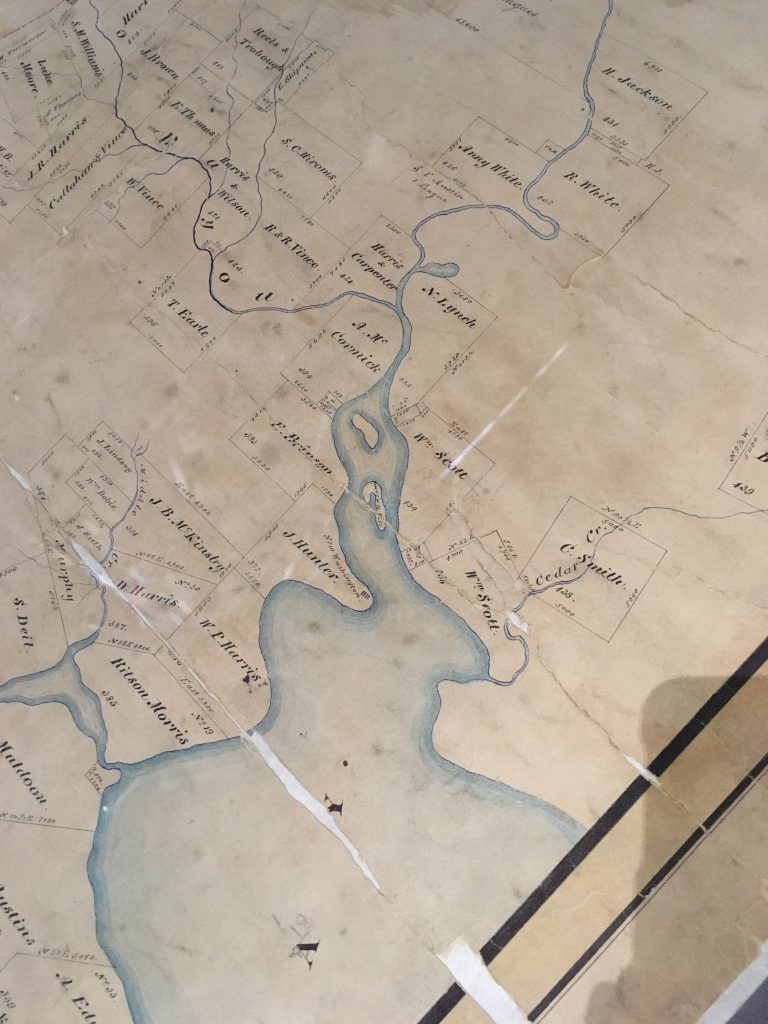 The original Connected Map of Austin’s Colony was completed in 1837 as a request by Stephen F. Austin, the father of Texas cartography and a huge figure in Texas history. This map, as well as its 1892 tracing that is currently on display, depicts Austin’s original land grants with many names you may recognize, such as the Nathaniel Lynch’s grant, where he established Lynch’s Ferry, a rope-pull powered flatboat that crossed the Houston Ship Channel. Around 5,000 Texans used the Ferry to flee Santa Anna’s army, and Texas Republic troops crossed the channel on it during the Battle of San Jacinto—the site of Sam Houston’s victory over Santa Anna that ended the Texas Revolution. Lynch’s Ferry eventually became the Lynchburg Ferry, which still carries cars, pedestrians and cyclists across the channel.

Despite the rich history displayed in these maps and all we can learn from them, they were not always regarded with the care the protective cases indicate. The wear on these maps is evident. In fact, a representative from the Texas General Land Office said that, after the 1892 tracing, the original Connected Map was stored rolled up on the back of a cabinet for nearly a century before GLO staff found it in the early 1980s. It was conserved in 2002 through the efforts of the Save Texas History Program (a project of the GLO) and a generous donation from Gardere Sewell LLP. The map was flattened and mounted on cotton muslin as part of this process (the 1892 tracing was mounted on linen), necessitating the construction of a specially built “jumbo” map cabinet, in which the Connected Map, the 1892 tracing and several of the largest maps in the GLO Archives currently reside. 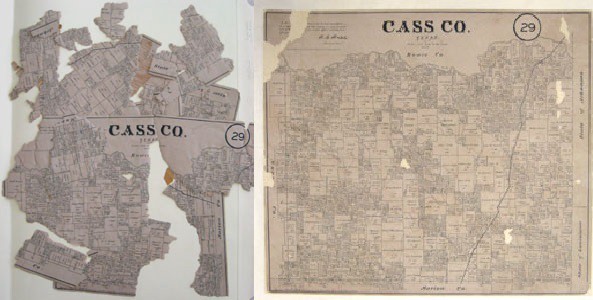 Storytelling happens in many ways, orally, written or with puppets and plays, but this map along with the others in Mapping Texas utilize an unconventional medium to illustrate the vast and intriguing history of Texas. As you follow the stories on the walls, each map shows a new line, a new border or land grant that results from the real people, battles and politics that built Texas.

Jessi works at HMNS where she is a full-time website and email manager and a part-time dinosaur mascot—no really. When she’s not juggling marketing campaigns, writing for Beyond Bones or tearing up the dance floor at Mixers & Elixirs, you can probably find her at the nearest dog park, musical theater performance or Torchy’s Tacos. Storytelling is a passion, particularly the way that words can be used to educate and inspire, so Jessi is excited to be able to contribute to the blog and help tell the stories of HMNS.