Some of the Education staff started their careers at HMNS as campers in Xplorations Summer Camps; some of us started as part-time camp teachers in the summer; others started as Summer camp interns. A few of us have been here long enough that our own children, nieces and nephews are now too old for camp.

Summer camp is such a huge part of all of our lives and it almost has a life and a personality all its own.  The only way I can describe it is to say that it is like a favorite relative that comes to spend the summer.

I asked the Education crew to tell me what their very favorite part of camp is and I wasn’t sure what everyone would say. The answers ranged from sweet to funny to inspiring. For the next few weeks we will present these responses, and hopefully give all you reader just a little sample of how much fun summers can be here at HMNS. This week we will see what Melissa Hudnall, our Assistant Live Animal Program Manager had to say: 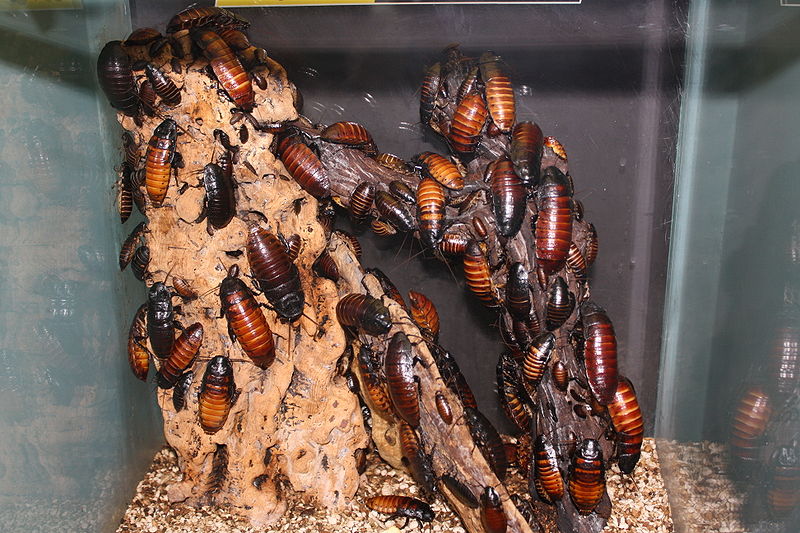 My favorite part of camp is seeing kids change their opinions about a topic and get really excited about it once they understand it better. Sometimes at the end of the day in Museum District Explorers camp, we hold cockroach races on the tables to pass the time while campers are waiting to be picked up. You know, normal stuff. At the beginning of the week they’re grossed out by the Madagascar hissing cockroaches, but that changes with a little education.

I start off by taking a cockroach out of its home (an aquarium in our classroom) and walking around with it in my hand while explaining just how clean and tidy they are, how they can’t fly (which calms many nerves) and how they have a very important role in their environment. Without roaches in our forests and rainforests, we wouldn’t have nutrients released quickly enough to fuel growing trees!

Pretty soon the campers are comfortable around the hissers and start to come up with really good questions about them. “What do they eat?” Rotting plant matter. “Does it hurt to hold them?” No. “Are you sure it doesn’t fly?” Yes. “But are you really sure it doesn’t fly?” Usually after about a 5 minute lesson most of the campers want to touch the roach. Some definitely wait until they see other campers do it first, but almost always the entire class eventually reaches out to see what they feel like.

Once they’ve had a chance to touch a roach, we name our three biggest males who will be racing each other. The kids pick really great racing names like “Raphael”, “Speedy” or “Bob”. Campers then work together to draw a large target on the paper covering their table, making sure to leave a 4 inch perimeter around the target. I explain the rules; no touching the racers, no touching the table, no yelling, but you may encourage your racer by speaking their language (hissing enthusiastically at them). Kids are really good at speaking cockroach. Then I release the three racers onto the center of the target and the whole class goes wild! The first racer to make it completely out of the target wins. Racers compete 3 times in a row and the roach with the most wins is the champion! There have been some pretty heated races in the past; Bob is a very fast name.

By the end of the week campers are pulling their family into the room to show off the roaches, giving their siblings mini lessons about the benefits of wild roaches, and trying to convince their family to touch them. I love seeing the campers turn into little teachers themselves. Sometimes they’re even more convincing than me and are able to get their family to join in!

I don’t have a picture of the roaches but here are some other cute animals in our Museum live animal collection: 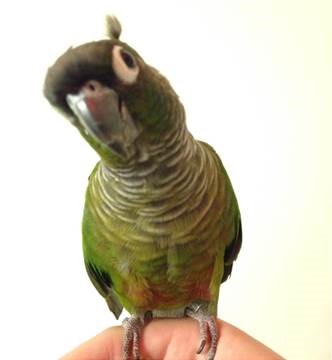 Frankie the Green-cheek conure being a dork 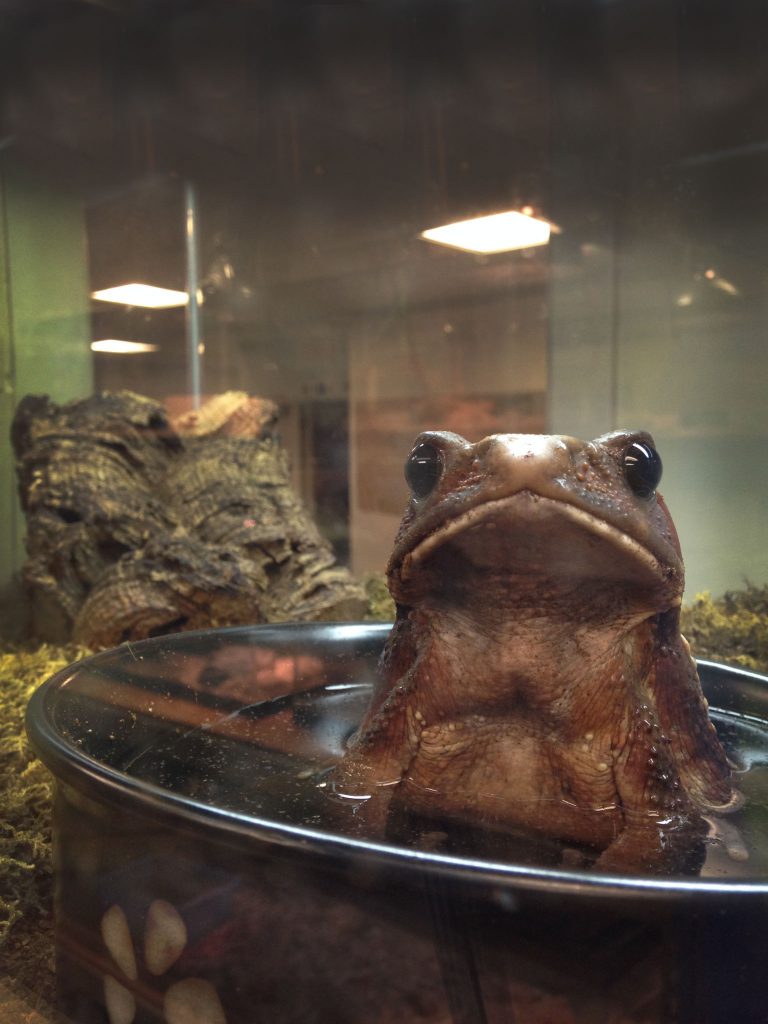 Disappointed Toad. You might have seen him on the museum social media accounts in the past and he’s still funny.