Archaeology is a profession that requires patience, persistence, and luck. In fact, a great deal of luck seems to be a prerequisite to make a great discovery; some of these involve kids and dogs. We are fortunate to know about the Lascaux caves because of a boy and his dog. A similar scenario led to the discovery of a new hominid fossil, Australopithecus sediba, near the Malapa cave in South Africa. The famous Chinese terra cotta warriors were found by farmers digging a well. The first artifacts at Sanxingdui were discovered by a farmer, as well.

Fairly recently, some eighty-five years after the initial discovery of the site, interesting new finds at Sanxingdui have been announced. 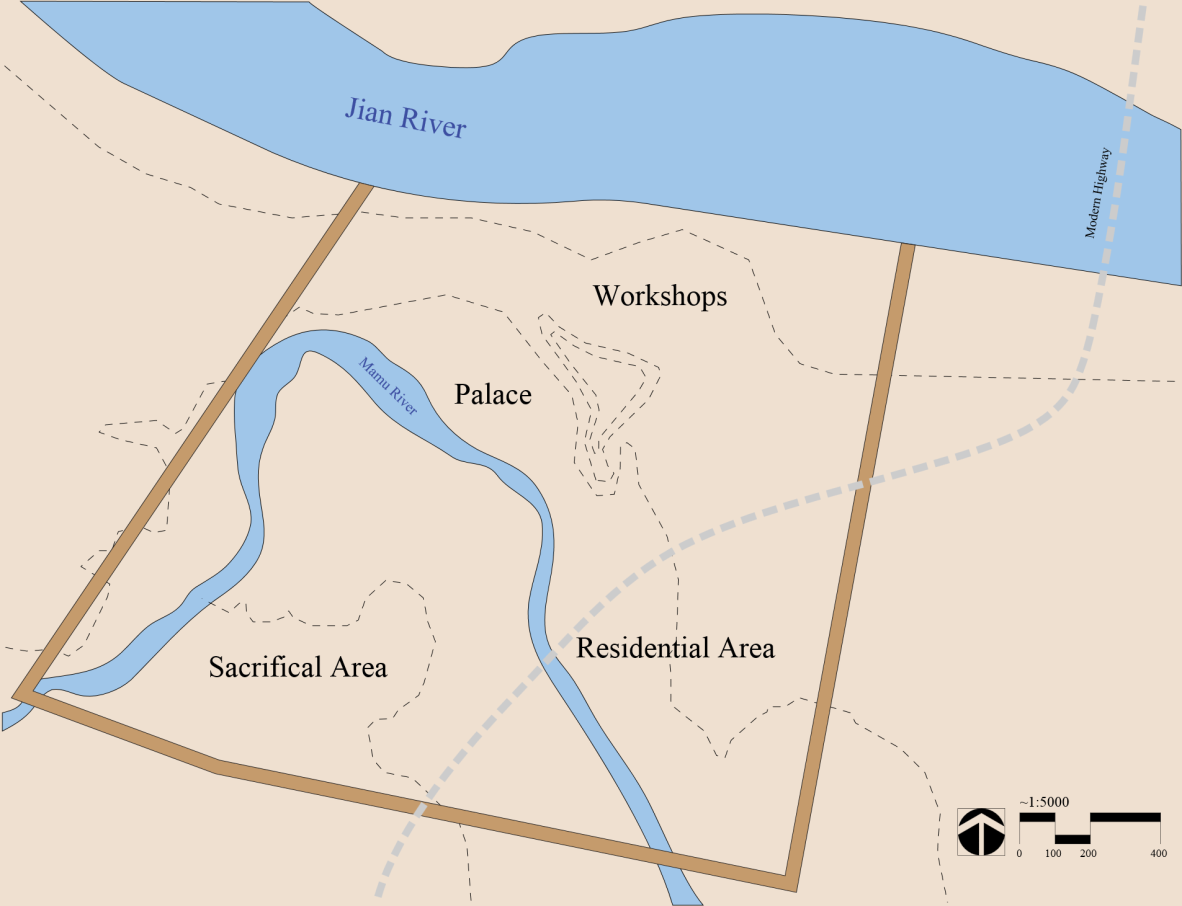 According to recent reports, archaeologists discovered a portion of the northern wall at Sanxingdui. The northern part of the wall would have run along the Jian River, according to this site map. (Image licensed under CC BY-SA 3.0 via Wikimedia Commons).

Archaeologists have discovered what may be a section of the north wall at Sanxingdui. In addition, three tombs were found. A well preserved human skeleton was uncovered in one of these. It was dated to the Neolithic, well before the Sanxingdui site was occupied. As far as we know, human remains dating back to the actual Sanxingdui – Jinsha timeframe have only been discovered at Jinsha. 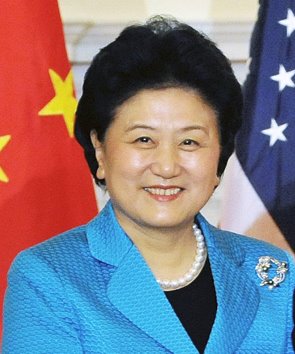 Vice Premier Liu Yongdan, who visited the Houston Museum of Natural Science on June 21 2015. (Image courtesy of the U.S. Department of State from United States)

The complete lack of known written sources at Sanxingdui and Jinsha continues to hamper our understanding of this amazing and sophisticated culture. In her recent visit to the exhibit China’s Lost Civilization: The Mysteries of Sanxingdui at the Houston Museum of Natural Science, Vice Premier Mme. Liu Yongdan said this was indeed the biggest obstacle to our appreciation of the culture. She expressed hope that ongoing research would eventually uncover such information, a development which would bring Sanxingdui out of the shadows of prehistory and into the light of history. Discoveries like these can only strengthen China’s submission of the site as a potential UNESCO World Heritage Site.

Previous Post
Because Work is Ruff: Take Your Dog to Work Day at the Museum
Next Post
Sam Lam: Legacy Camper