Celebrate International Archaeology Day with HMNS October 18 from 10 a.m. to 4 p.m.! Professional and avocational archaeologists from all over the greater Houston area will mark the day at HMNS by highlighting exciting discoveries in local archaeology.

The event will include artifact identification, presentations and programs about archaeological excavations in the Houston area (including Dimond Knoll, discovered along the Grand Parkway), and displays of artifacts from other local sites, including a large collection of prehistoric stone tools recovered along Buffalo Bayou and artifacts recovered from recent archaeological surveys at the San Jacinto Battlefield. 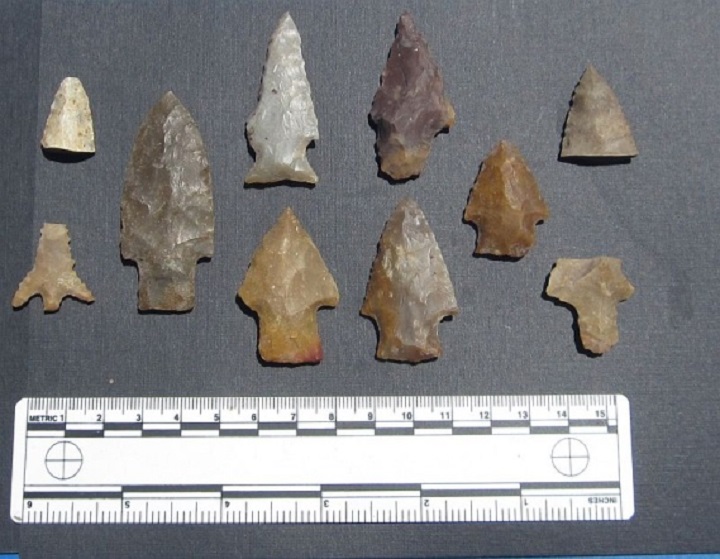 “We’ve been talking about putting on this event for several years and are excited that we are finally able to offer it to the public,” said Dr. August Costa of Rice University and one of the organizers of the event. “One of the highlights of the event will be our artifact identification table in the Grand Hall of the Museum, where experts will be on hand to identify items brought in by members of the public. We encourage participants to bring in their collections and learn more about what they’ve recovered.”

The event will also feature a family-friendly archaeology fair with interactive hands-on displays using real artifacts recovered from archeological sites, including stone tools, prehistoric pottery, and animal bone and shell, flint knapping demonstrations, and arts and crafts for kids focusing on the prehistoric era. Attendees will receive a goody bag with handouts from participating organizations, including bookmarks, rulers, brochures and other surprises.

HMNS docents will man the Museum touch carts from several exhibits, including the Hall of Ancient Egypt, McGovern Hall of the Americas and Human Evolution section of the Moran Hall of Paleontology.

For more information on participating in this event, contact Linda Gorski, president of the Houston Archeological Society at president@txhas.org. 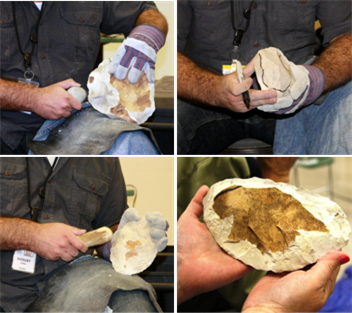 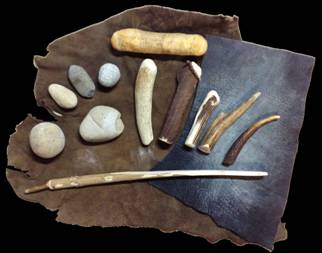 HMNS is also hosting these archaeology lectures in October in celebration of Texas Archaeology Month:

Houston’s Prehistoric Energy Corridor
Wednesday, October 1, 6:30 p.m.
During the planning stages for the Grand Parkway, a prehistoric site dating back 10,000 years was uncovered. Dr. Jason Barrett, TxDOT archaeologist, directed the Dimond Knoll investigation that was completed this year and has shed new light on the prehistoric heritage of Houston prior to the arrival of Europeans. Click here for tickets.
Sponsored by the Houston Archeology Society.

The World Converges in Constantinople: Contact in a Byzantine Port
Thursday, October 16, 2014, 6:30 p.m.|
Excavations of a 4th century port reveal a vibrant hub of commercial activity that brought the world to the Byzantine Empire. Not only did ships bring spectacular wealth, they also brought ideas. Marine archaeologist Dr. Ufuk Kocabas of Istanbul University will explain what has been uncovered at the ancient Harbor of Theodosius. Click here for tickets.
Cosponsored by Archaeological Institute of America, Houston Society.

Camp Logan, a WWI Emergency Training Center in Houston
Louis Aulbach and Linda Gorski, Archaeologists
Tuesday, November 4, 2014, 6:30 p.m.
Camp Logan, a military training base built in 1917, housed 44,000 soldiers in what is now Houston’s Memorial Park. To commemorate the 100th anniversary of the beginning of WWI, Louis Aulbach and Linda Gorski will present the archaeological work at the site and pay tribute to the soldiers who trained at Camp Logan. Click here for tickets.
Sponsored by the Houston Archeology Society.

Related blogs:
The HMNS School of Rock: Cracking Caveman Crafts in the Classroom Previous Post Celebrate ARR Favorite Holiday at Mixers & Elixirs: Talk Like a Pirate Day
Next Post 12 Signs You Should Boogy Boogy Shooby Sho Wap Over to HMNS for our Grease Sing-a-Long Friday
HMNS at Hermann Park