Editor’s note: This blog post is a summation of “New Species of Scotophilus (Chiroptera: Vespertiliondae) from Sub-Saharan Africa,” written by HMNS Curator of Vertebrate Zoology Daniel M. Brooks and John W. Bickham, and published as a monograph in the Occasional Papers of the Museum at Texas Tech University.

Sub-Saharan Africa is a hotbed of biological diversity. A seemingly endless stream of new species has been discovered from different locales every year for centuries. The idea of this great biodiversity is widely accepted and, in fact, celebrated. But advances in genomic sequencing and morphology and an increased ability to obtain reliable specimens while recording their location shows that we’ve really just hit the tip of the iceberg. Many individual clades (or groups) of species should actually be distinguished further from each other as unique species themselves. 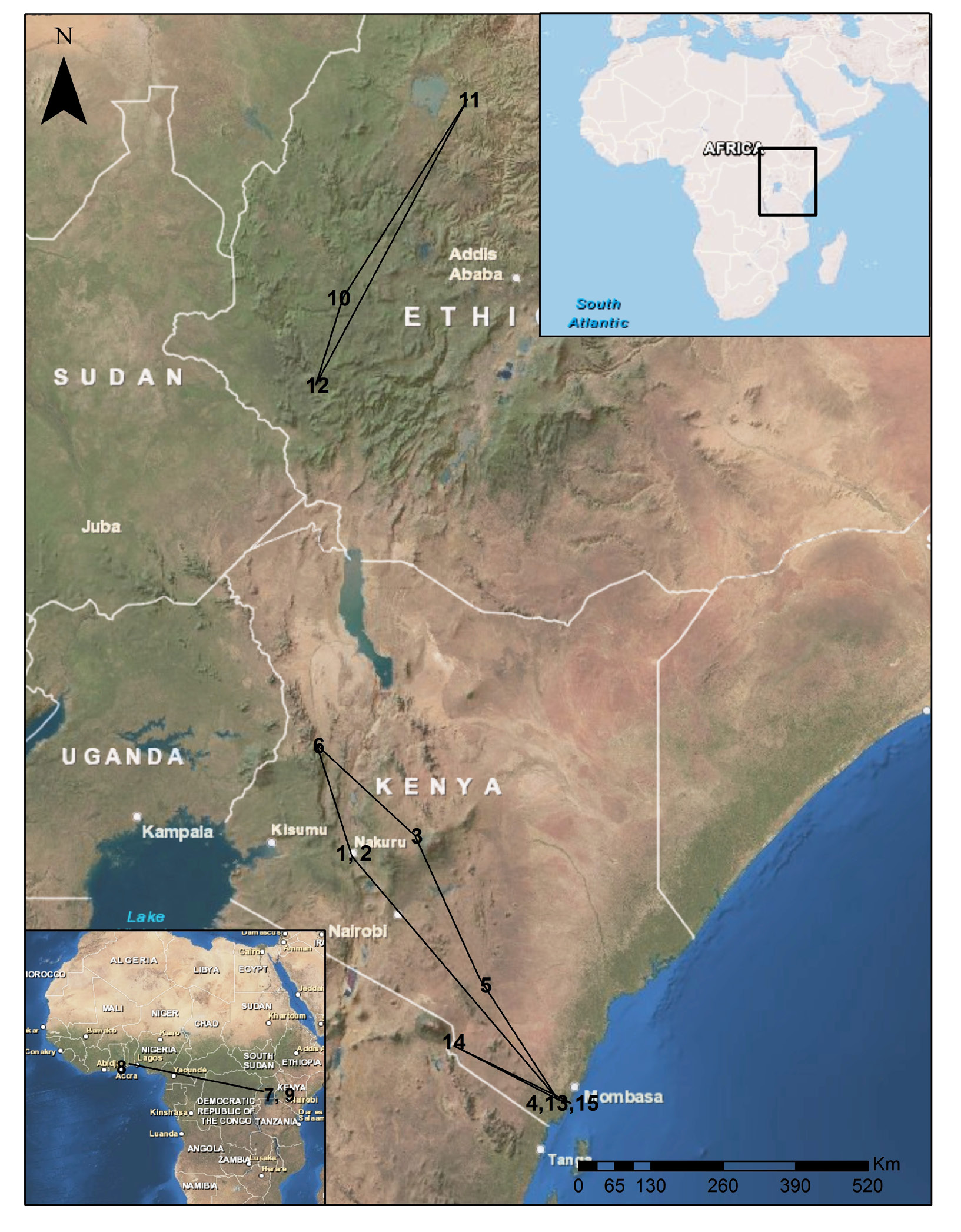 Distribution of the four new species in Africa

Hold on a second here. Why is this important? What kind of difference could it make if there are 15 or 19 or 30 species of house bats in the world?

Glad you asked! Having an accurate taxonomy (naming and classification system) guides conservation efforts, while incomplete records impede these same efforts. Look at it this way: if you don’t know that a species exists, how can you protect it? In our modern era, we’re seeing rapid climate change and urbanization, which puts habitats under stresses to which species cannot quickly adapt. Therefore, having complete records allows us to make more meaningful conservation efforts because we have a better picture of what we’re trying to conserve. Having an accurate taxonomy also helps us to learn about biogeography, evolution, biodiversity and biology in general.

Now on to the bats!

As of 2005, there were 15 species of Scotophilus (house bats) documented. These were distributed between Indonesia, mainland Asia, Madagascar, Reunion Island and mainland Africa. However, these 15 species do not accurately reflect our current knowledge of Scotophilus biodiversity.

A 2009 study by Robert G. Trujillo sequenced cytochrome-b (part of an organism’s DNA) in Scotoplilus. Cytochrome-b is found in mitochondrial DNA, which is the genetic material in mitochondria (the “energy factory” of cells, if you will). These sequences are very useful in determining species differentiation.

With this information, Trujillo identified four distinct clades (branches on a species family tree). These include clades 8, 9, 11 and 12. Brooks and Bickham examined specimens from each of these lineages to see if there were enough physical differences between the organisms to further classify them as distinct species. 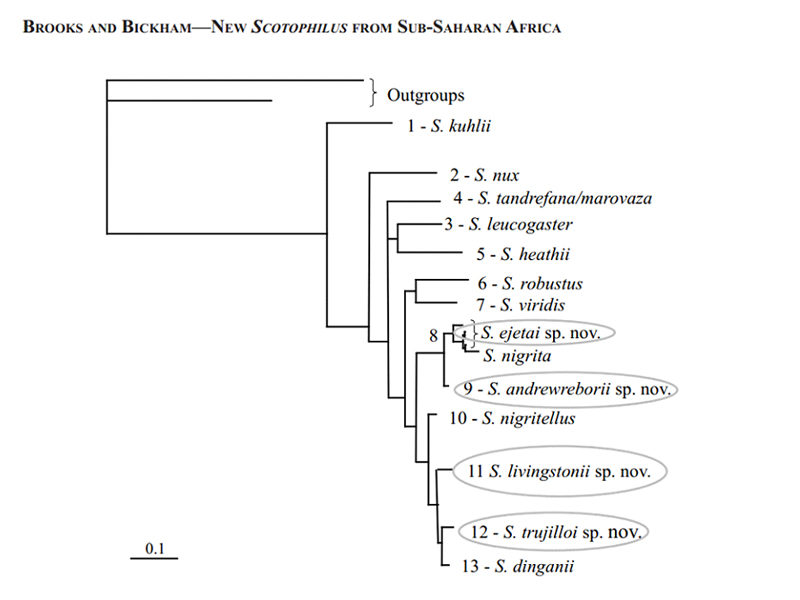 The clades and species of Scotophilus studied for the mitochondrial cytochrome-b gene by Trujillo et al. (2009). The new species described in this paper are circled.

Brooks and Bickham used skull and body measurements to compare specimens of each lineage with specimens representing the appropriate nominate — “textbook specimens” — of a given species).

Basically, they got very specific: measuring specimens from one predetermined area, and compared them to the nominate “textbook specimens” to see what physical differences there may or may not be.

When they compared the specimens, we saw that the genetic differences between the clades matched up with physical differences, which is why I’m proud to introduce to you four new species of African house bats (Scotophilus)! 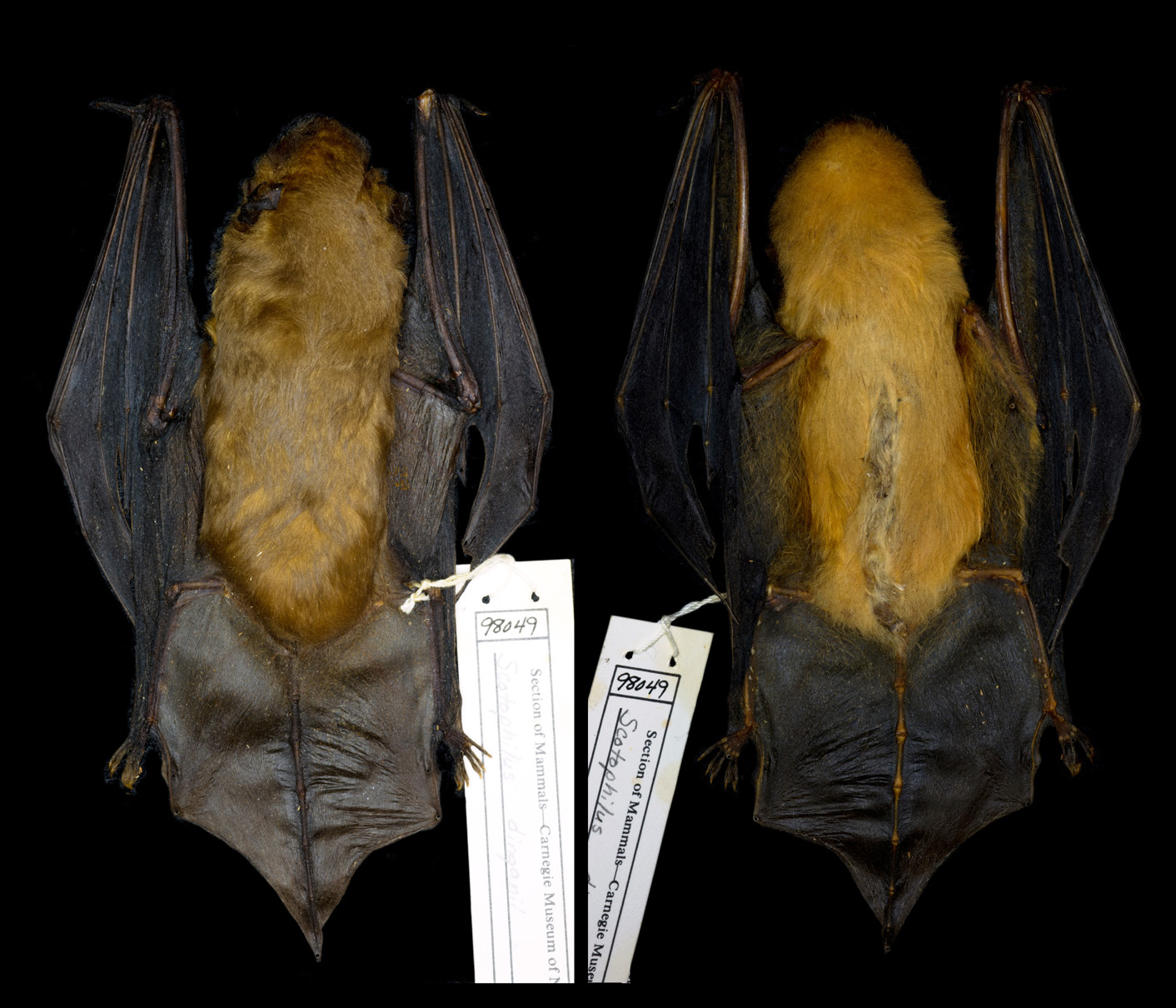 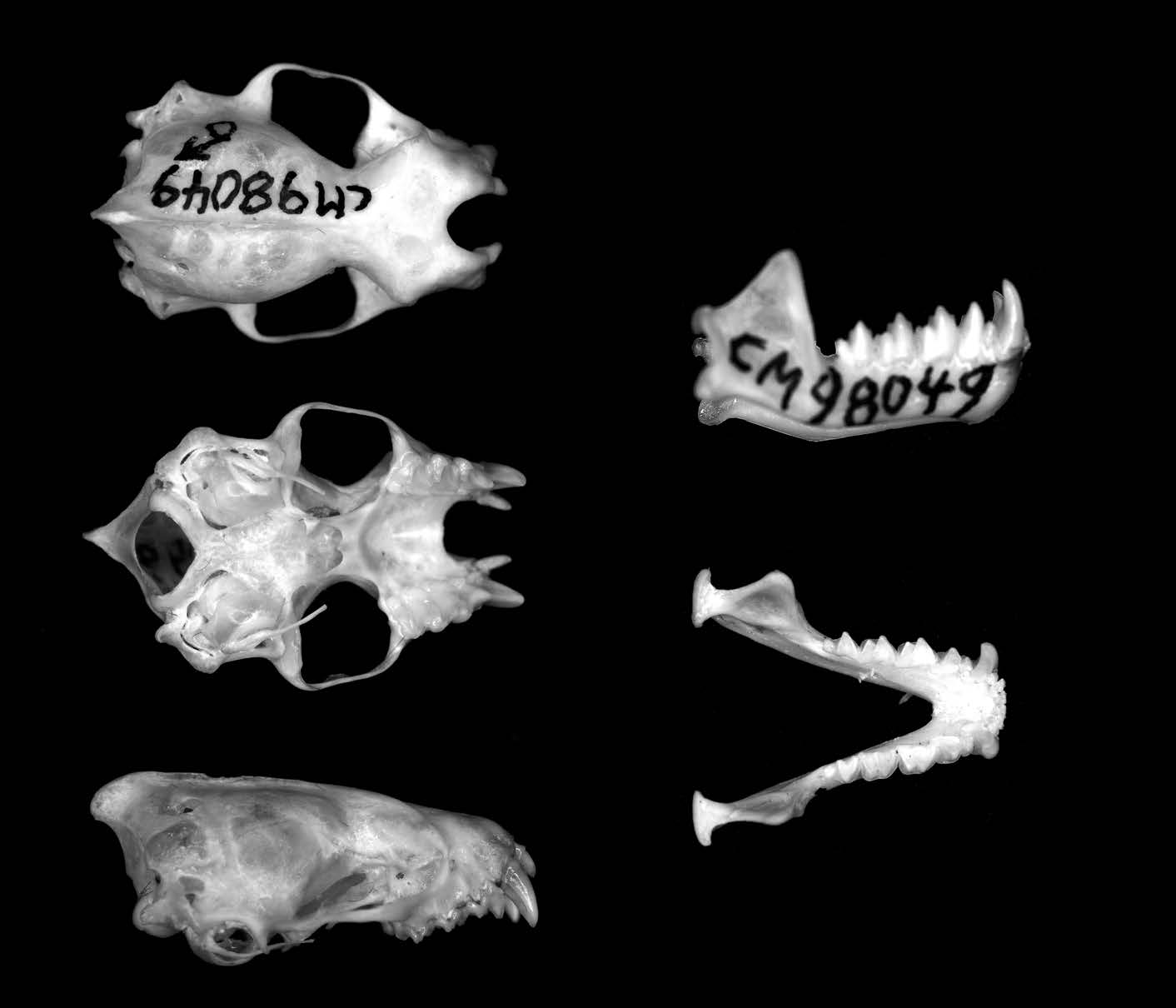 It is our honor to name this species for Andrew N. Rebori (1948–2011). Rebori unknowingly touched lives and inspired many individuals, including many museum professionals. He always maintained a keen interest in animals, especially bats, which exemplified his spirit and attitude toward life: “Take flight every new day!” 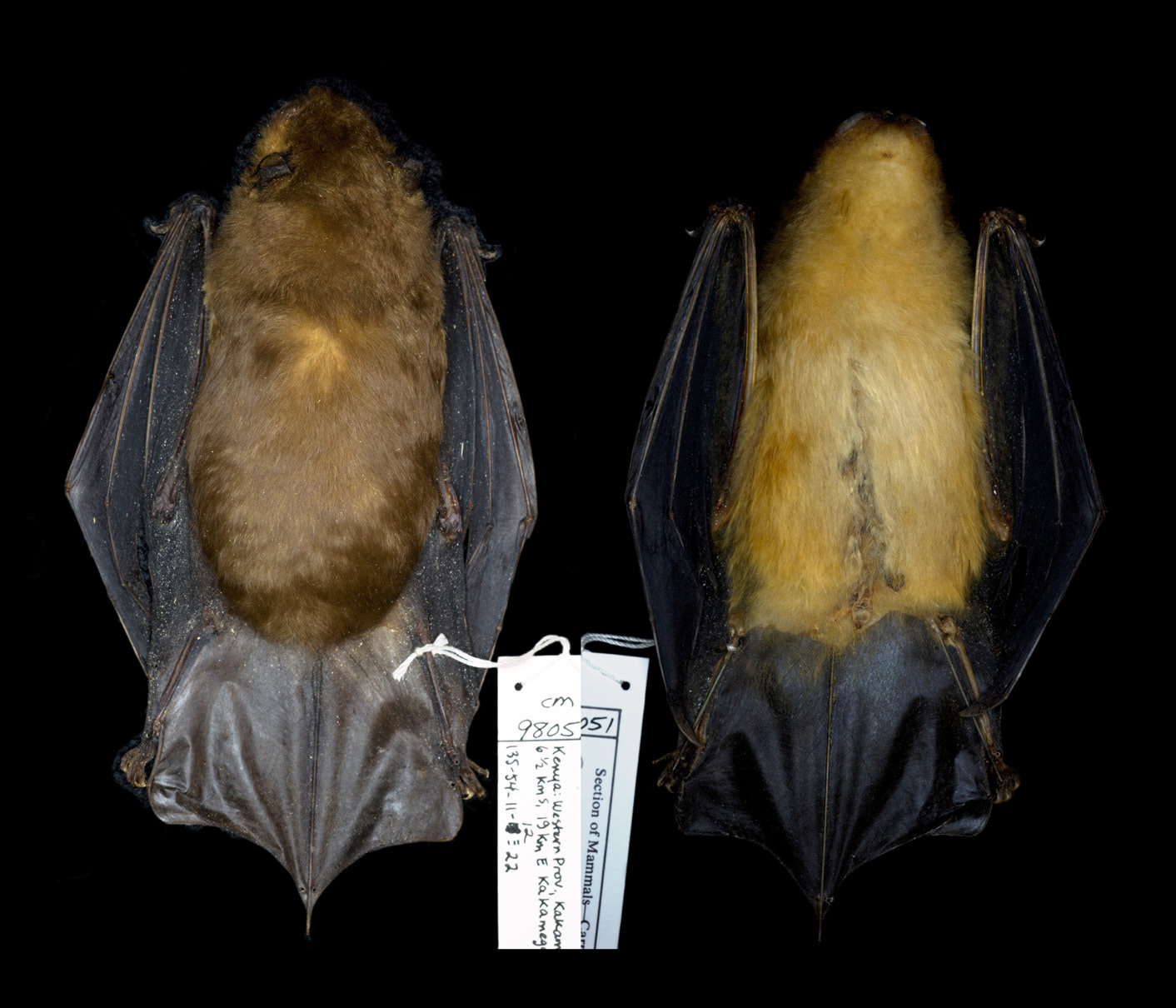 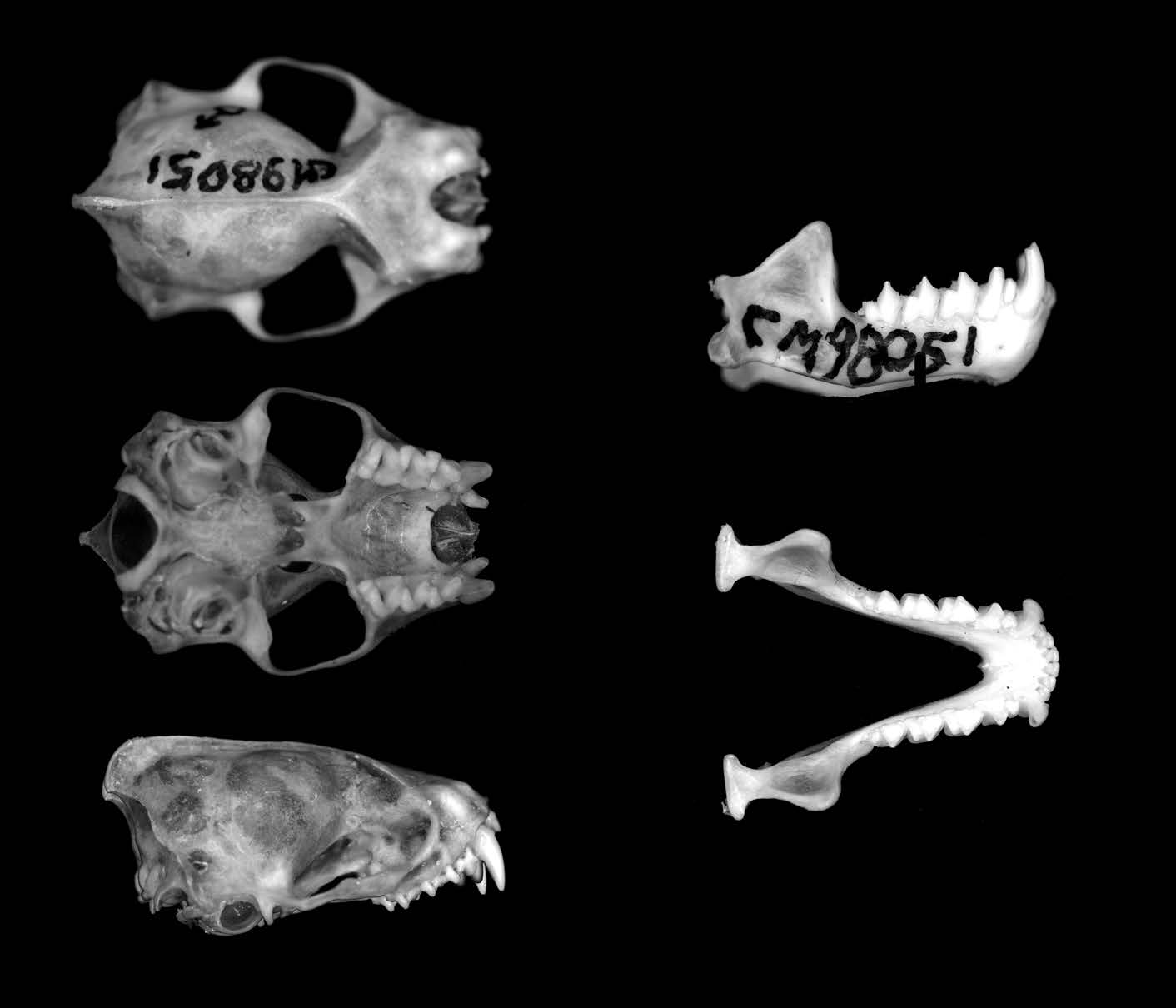 It is our honor to name this species for the late David Livingstone (1813–1873). At a time when most of Africa was barely known compared to today, Livingstone, a young Scot of humble means, explored central Africa. Between 1841 and his death in 1873, Livingstone made several expeditions into the interior of the continent, mapping uncharted lands and searching for navigable waterways.

Scotophilus livingstonii is also distinguished from S. dinganii from Natal by cranio-dental measurements. Male S. livingstonii have a shorter mean skull length, and females have a longer mean mandibular length. 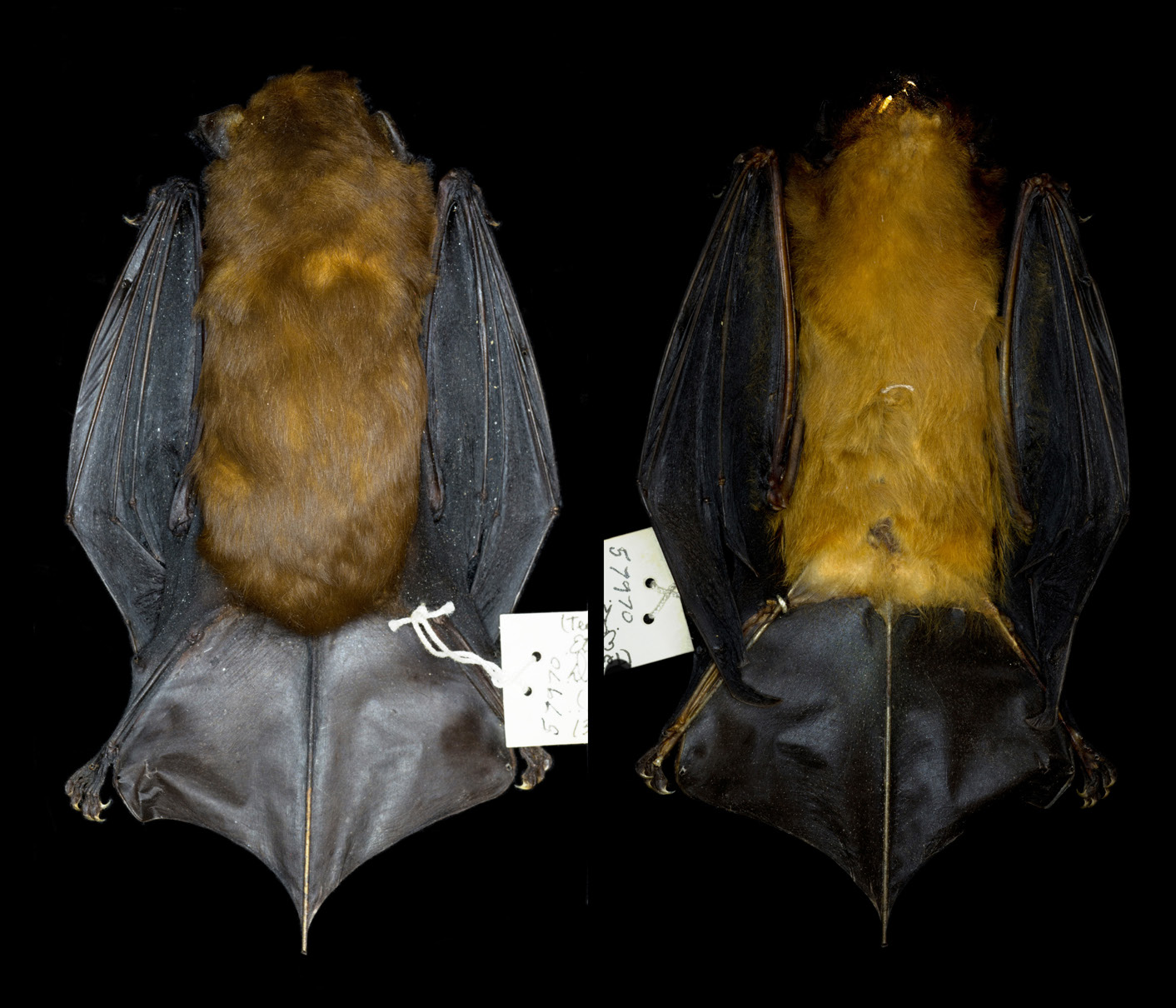 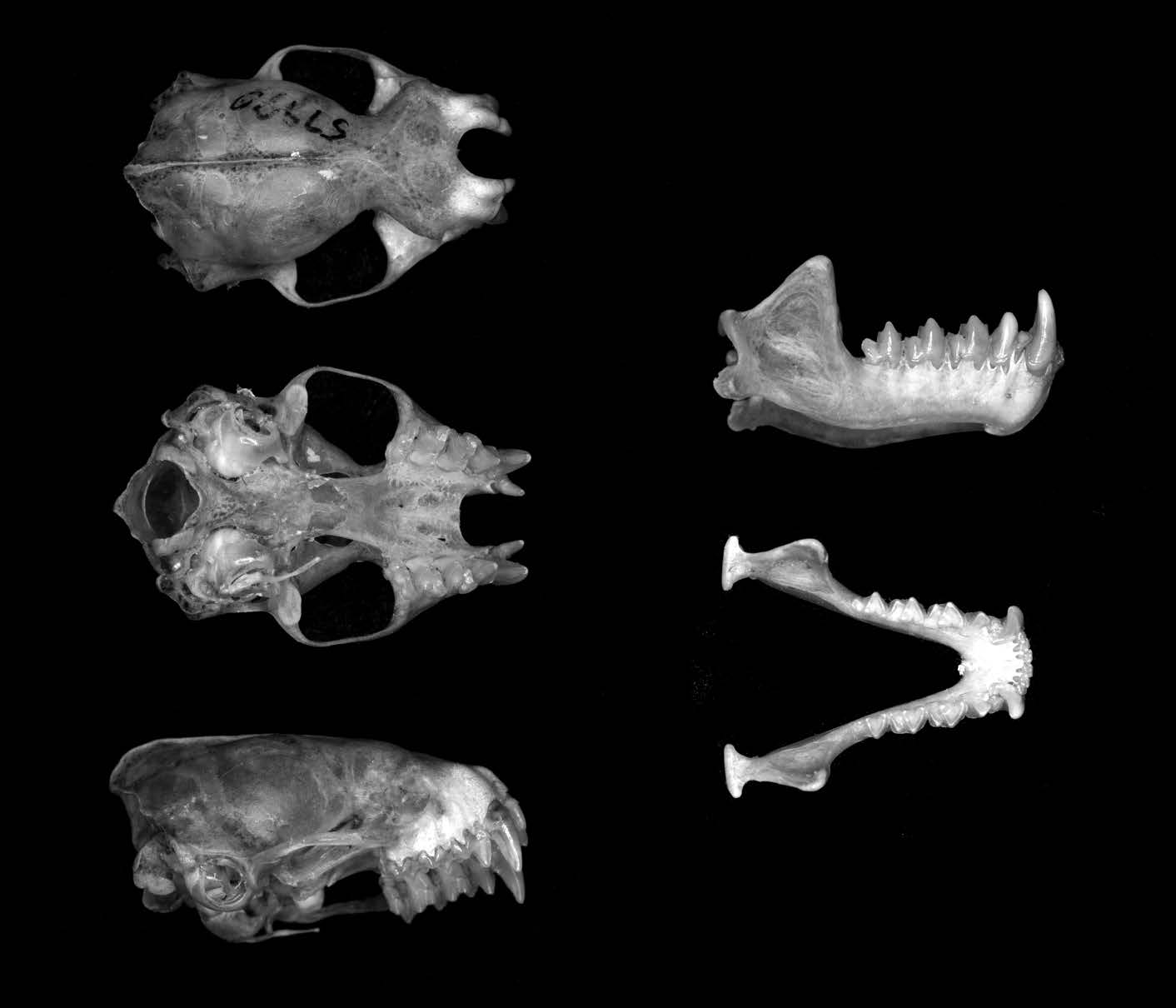 This species is named in honor of Dr. Gebisa Ejeta, Distinguished Professor of Plant Breeding & Genetics and International Agriculture at Purdue University. He was born and raised in the village of Wollonkomi in west-central Ethiopia. Dr. Ejeta is a plant breeder and geneticist who received the 2009 World Food Prize for his research and development of improved sorghum hybrids resistant to drought and Striga weed. The results of his work have dramatically enhanced the food supply of hundreds of millions of people in sub-Saharan Africa.

Diagnosis: Scotophilus ejetai is distinguished from S. dinganii from Natal by a combination of external and craniodental features. S. ejetai averages smaller overall in body size, with females presenting non-overlapping forearm length.  Additionally the ventral pelage in S. ejetai has an orange hue, whereas the ventral fur is buff with a greyish abdomen in S. dinganii. 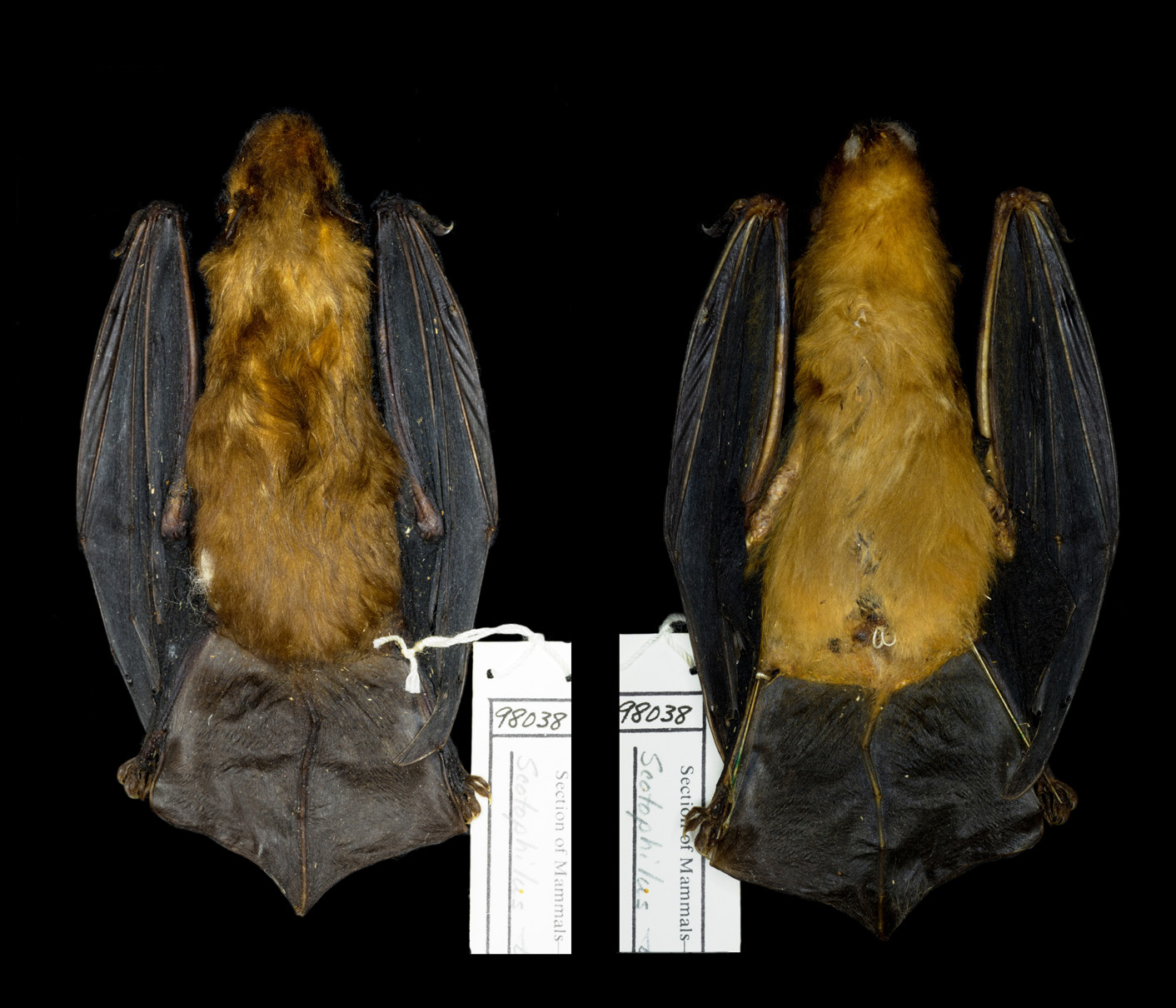 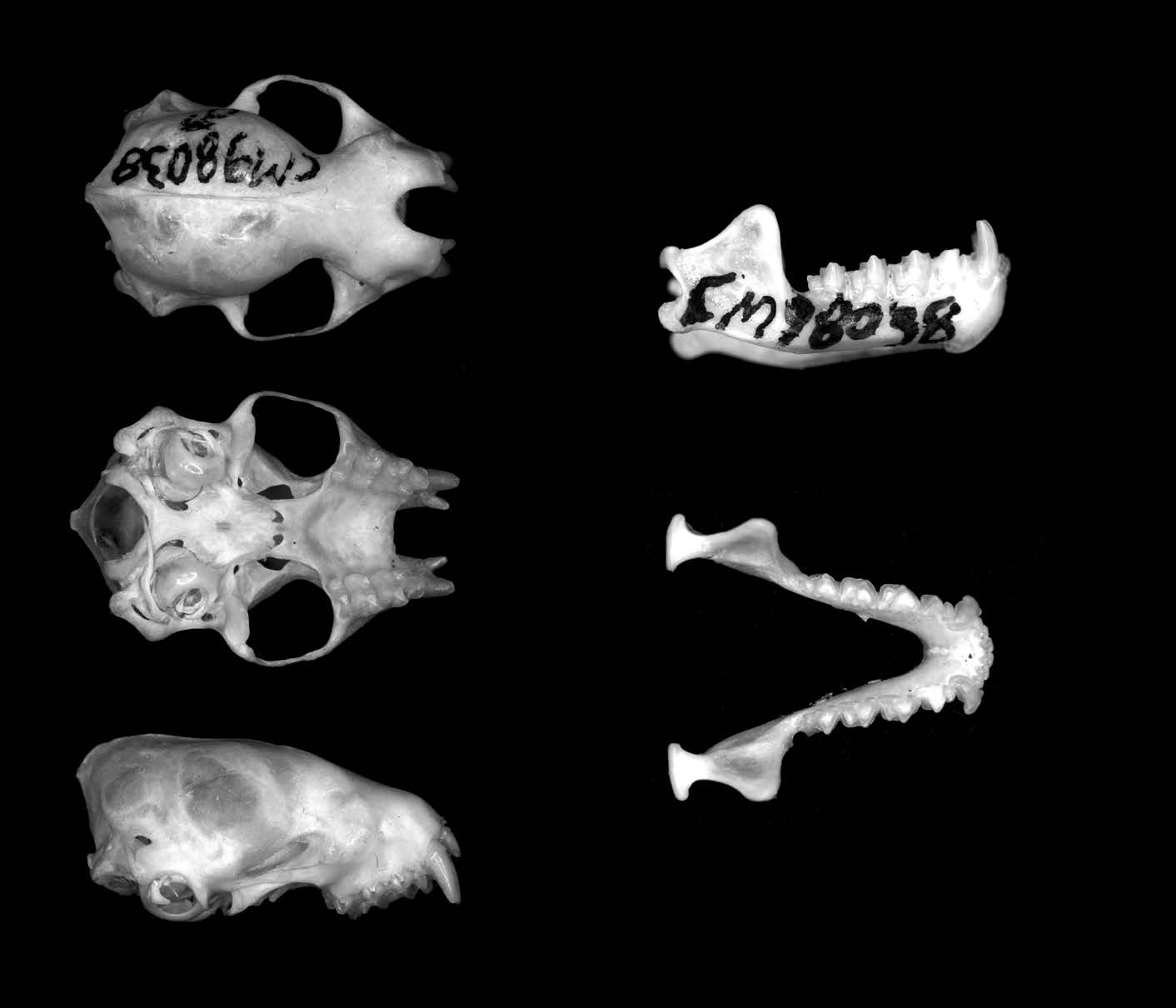 It is our honor to name this species for Dr. Robert Trujillo (b. 1975), whose ground-breaking doctoral dissertation on the molecular systematics of Scotophilus paved the way for the description of the four cryptic species described here. Dr. Trujillo’s dedication to science and environmental stewardship are reflected in his outstanding career in the US Forest Service.

Cranial measurements in S. trujilloi differ from S. viridis, with shorter mean braincase height in males; and females, as well as non-overlapping mandibular length in females.

Previous Post Behind the plaque: Wiess Energy Hall Partners give education a spark
Next Post The 10 Kinds of Pandas You Find on the Internet