Every year on Valentine’s Day, we in the Cockrell Butterfly Center like to think about all our favorite insects and the methods they use to find mates. From special pheromones to elaborate mating rituals, every insect has a way to find a mate (or more often, multiple mates)!

It’s the smell that counts

Many insects seduce or find the members of the opposite sex with help from pheromones, or special chemicals that influence social behaviors among a species. Some male butterflies have specialized glands called “hair pencils” that excrete pheromones. These pheromones act as aphrodisiacs for female butterflies of the same species! 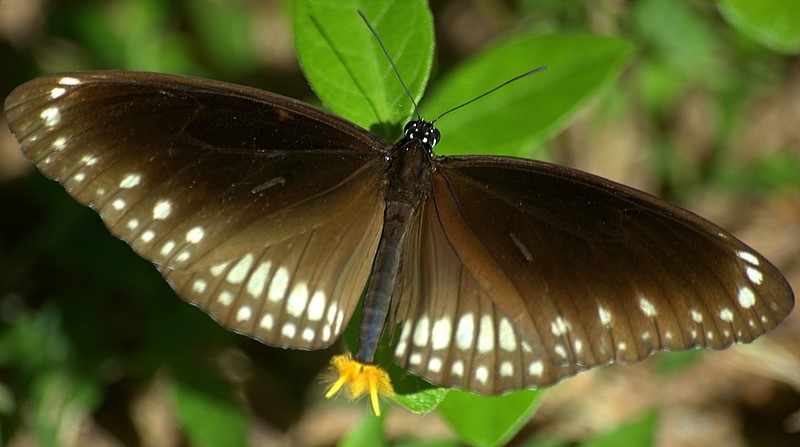 You can see this most easily in the Cockrell Butterfly Center with our male Idea leuconoe, or Rice Paper butterflies. These males have to collect chemicals from nature in order to make their pheromones, so we often find them in large numbers on people wearing certain scents or using certain hair products! Male Queen Butterflies (Danaus gilippus), relatives of the Rice Paper, are also known for their hair pencils. They will fly in front of the female, trying to “dust” her antennae with the pheromones and seduce her with the scent. 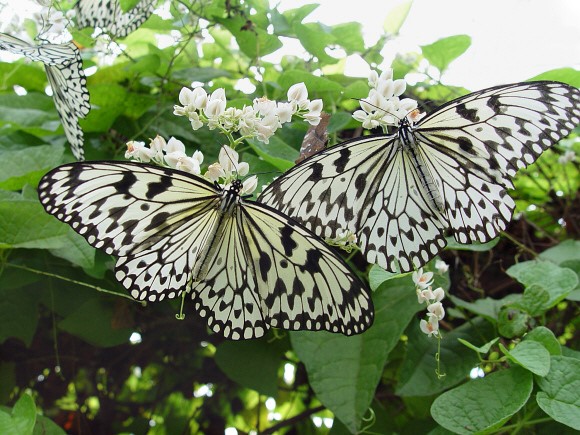 Pheromones aren’t only used for seduction! Insects also use phermones to find each other. Many male insects find females by detecting her pheromones and following the scent. We can see this with the Giant Silk Moths (Saturniidae species) at the Cockrell Butterfly Center because the males have enormous feathery, or plumose, antennae. 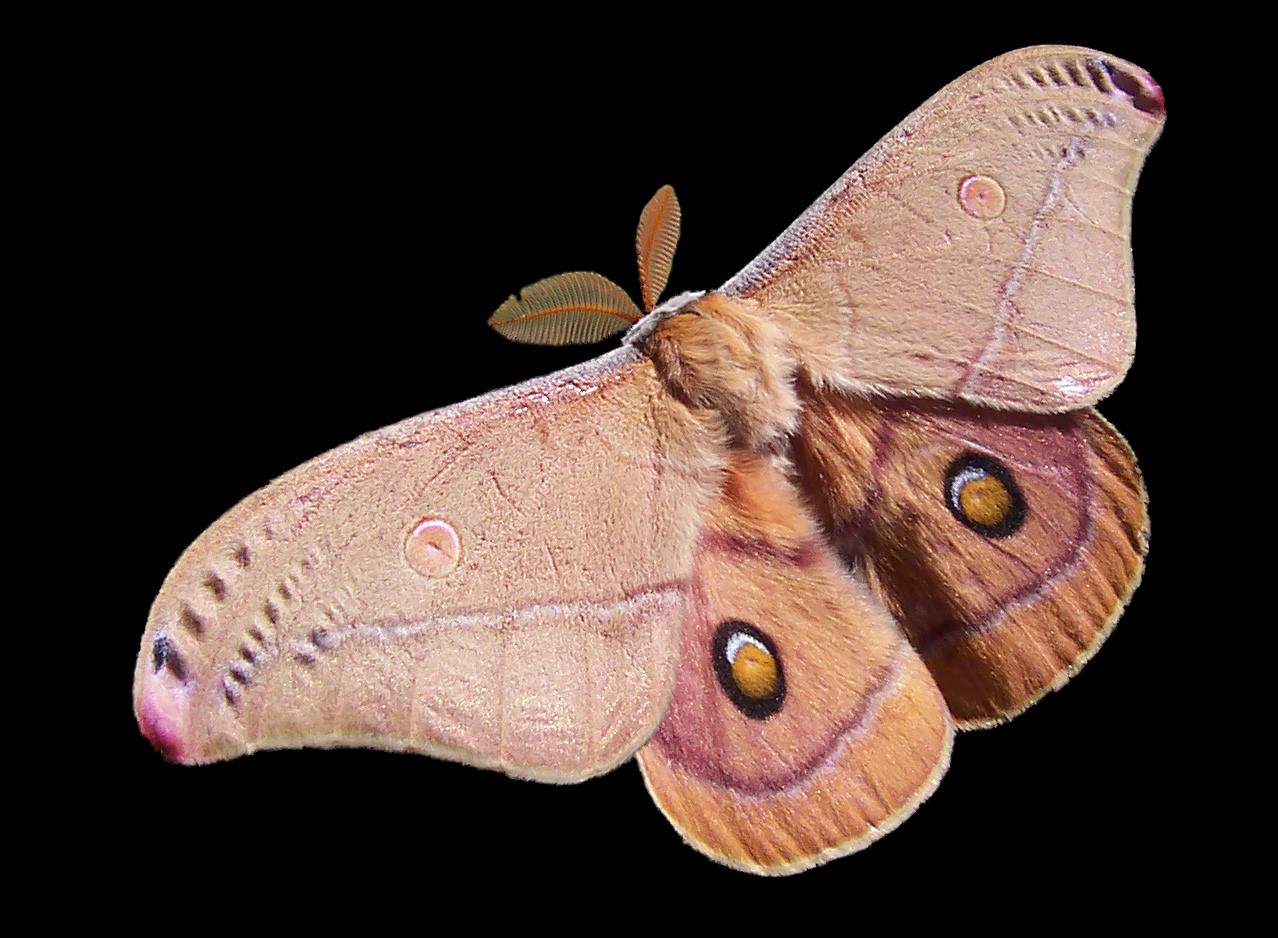 Are you planning on spending your Valentine’s Day in nice restaurant? Why don’t you be more like a female praying mantis and eat your mate instead! Once a female insect has mated with a male, she has no more need to keep him around, so some carnivorous insects will eat their mate once he has deposited his sperm. This is most famously observed in some species of praying mantis, but other carnivorous insects will do the same thing. Sometimes male insects will bring a nuptial gift of food to the female, like a tasty fresh-killed insect, so she will eat that instead of the male. Male hangingflies will always bring food to the female, or she will refuse to mate. 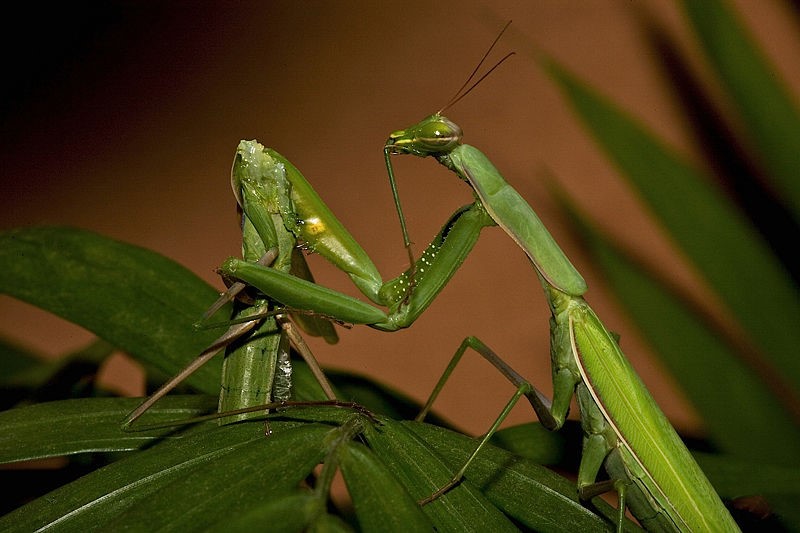 Male stick insects will sometimes stay attached to the female long after mating has occurred to guarantee that no other males can mate with her during this time. The longest recorded coupling by any insect lasted 79 days and was between two stick insects. 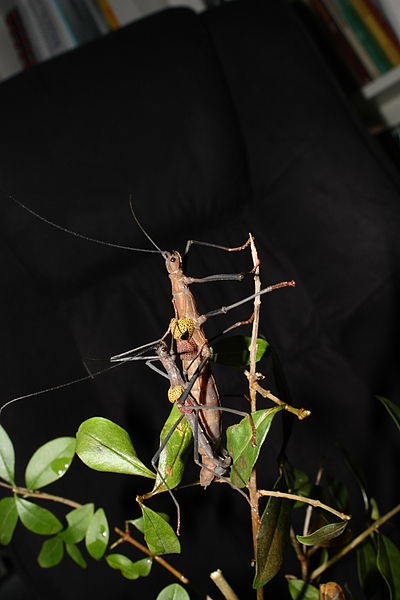 Want to know more about the amazing variety of insect behavior? Come visit the Cockrell Buffterfly Center! Our rainforest conservatory is not only a great place to learn a lot of cool insect and plant facts, it’s also a pretty romantic place to bring a date.

Previous Post
HMNS Weekly Happenings
Next Post
Stories From Our Microscope Lab! How The Ice Age Helped Keep The British Out Of Florida