On October 26, 2016 Dr. Mostafa Waziri and Salah El Masekh will present a lecture in our Wortham Gian Screen Theater. Titled Update in Egyptology the lecture will discuss some of the most exciting discoveries being made right now in Egypt. The lecture will discuss several discoveries at the ancient temple complex of Karnak, and will also touch on a controversial topic in Egyptology: the search for Queen Nerfertiti’s lost mummy.

Do you recall the Temples of Karnak and Luxor? Even though most of us have never been there, we can instantly conjure an image of great pillars and sphinx-lined avenues baking in the hot sun, as the cool Nile washes past not far away. It is a classic image of Egypt, embedded in all our minds after countless re-watchings of adventure films and one documentary after another about the site appearing on the History, Discovery, National Geographic Channels, and PBS as well, or course.

Well it looks like the collective memories of the world regarding that famous site may no longer be complete, as Egyptian archaeologists have recently unearthed several new features around the complex that may help us understand how these important ceremonial centers functioned in Ancient Egypt.

It turns out that the spectacular ” Avenue of the Sphinxes” is much longer than everyone thought. Hundreds of nearly identical statues have been discovered along what was once an ancient roadway connecting the temples of Karnak and Luxor. 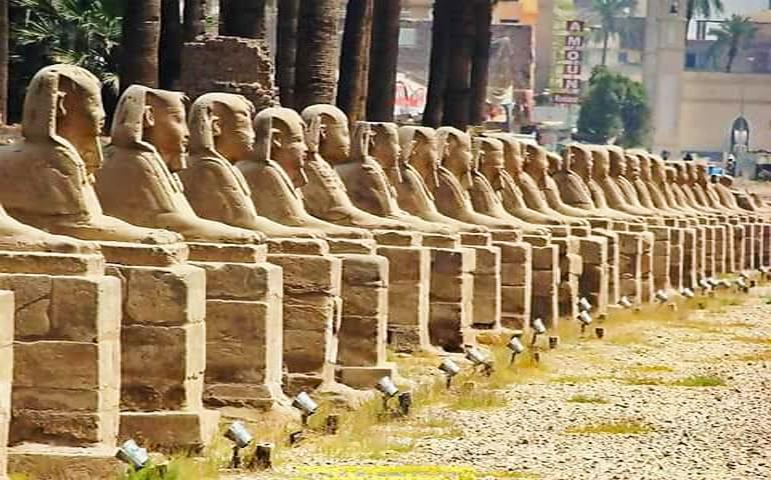 A new temple has been unearthed in the vicinity of the Temple Complex at Karnak. The newly discovered structure was devoted to Amon Re, like many of the other temples at the site were.  Amon was kind of like the “Patron God” of the ancient city of Thebes, where the complex is located. Amon Re is the combination of the gods Amon and Re, basically a  “super god”. As Thebes was an important spiritual and political center for much of Egyptian history,  Pharohs would build Temples on the site as a symbol of devotion to the powerful God, and also as a show of power and wealth. They would usually try to one-up their predecessors and sometimes even destroyed the constructions of former kings in order to build their “improved” version on the site.

The title given to Amon Re in the recently unearthed temple is ” The One Who Hears The Petitions (Prayers)”. As Amun was a very important diety in Ancient Egypt for a very long time, many Pharohs championed his Temple and his name. But to each Pharoh Amon represented something slightly different. The character and title of the god changed sometimes to suit the character of the different kings who worshiped him. The newly discovered Temple may add to our knowledge of the rich history and mythology surrounding one of ancient Egypt’s most holy sites. New research on the structure, as well as a statue of Remeses II discovered within it, will be presented in the lecture. 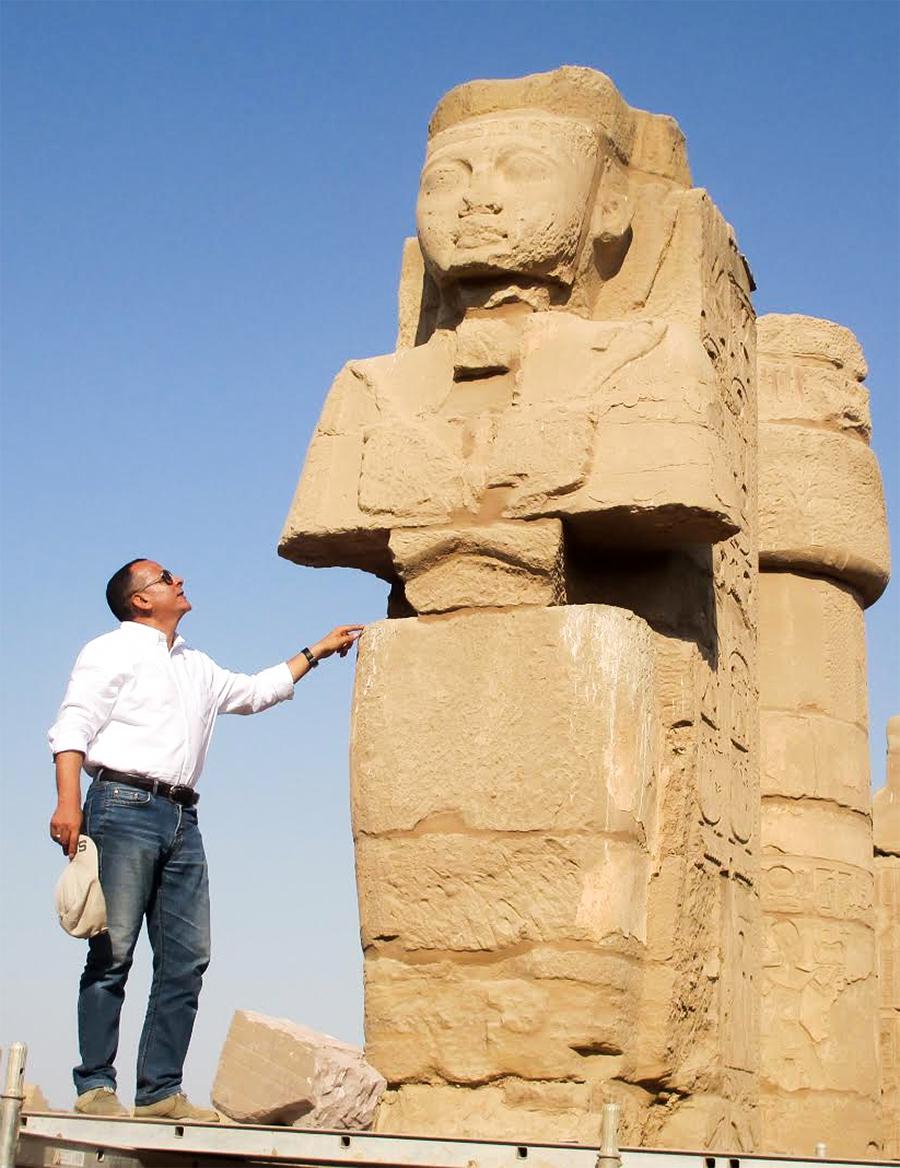 Another interesting discovery that will be discussed is the Roman baths dating to the second century BC that were unearthed in front of the Karnak temple complex in 2006. The baths are a fascinating example of the fusion of Greco-Roman and Egyptian style in architecture and culture that began with Alexander the Great’s Conquest of Egypt in 332 BC and continued for the better part of the next nine hundred years. Mosaic images of dolphins, a very exotic sight in sweltering Upper Egypt, mingle with Tilapia, a native Egyptian fish, and floral designs based on plants introduced from the East before the days of Alexander. 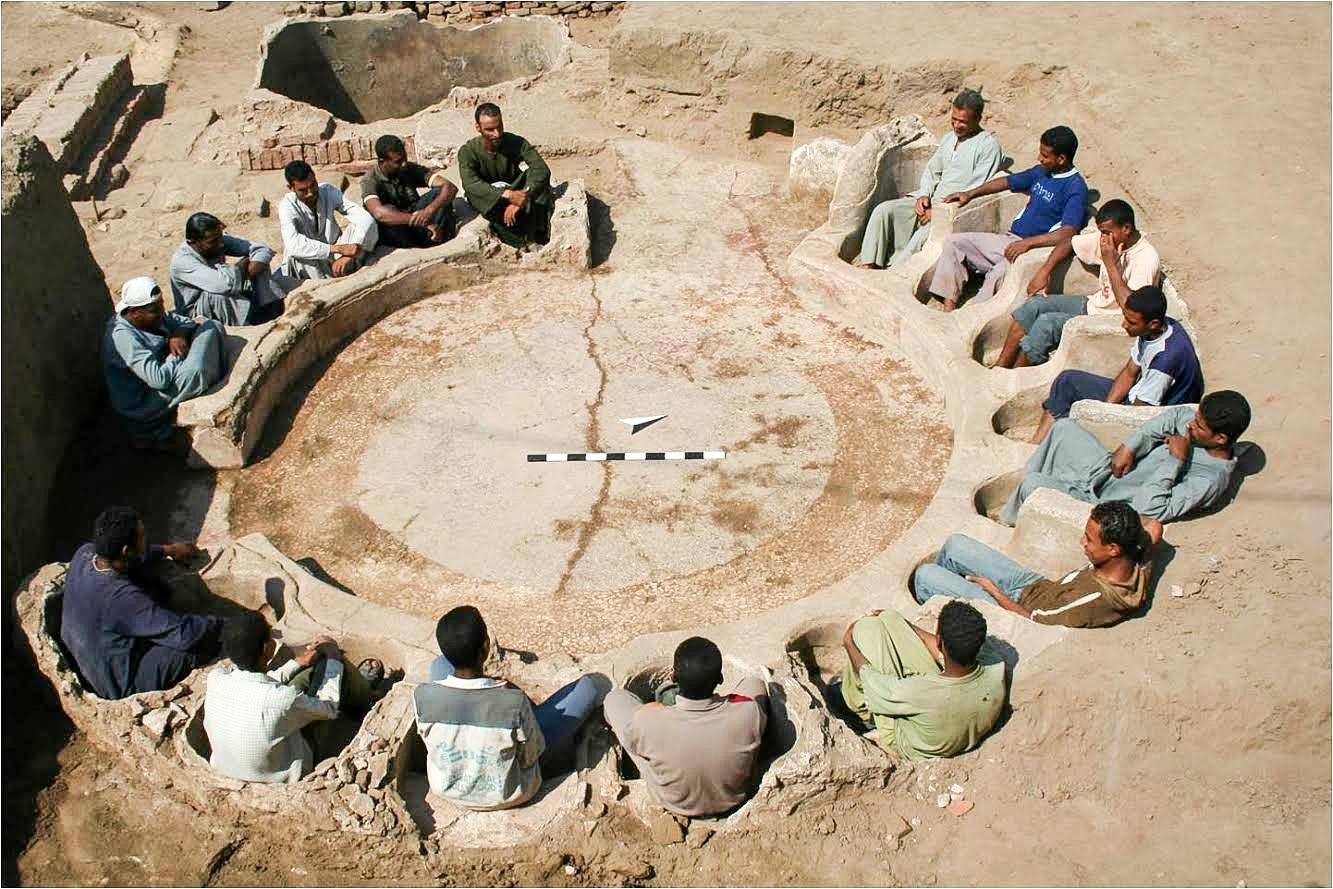 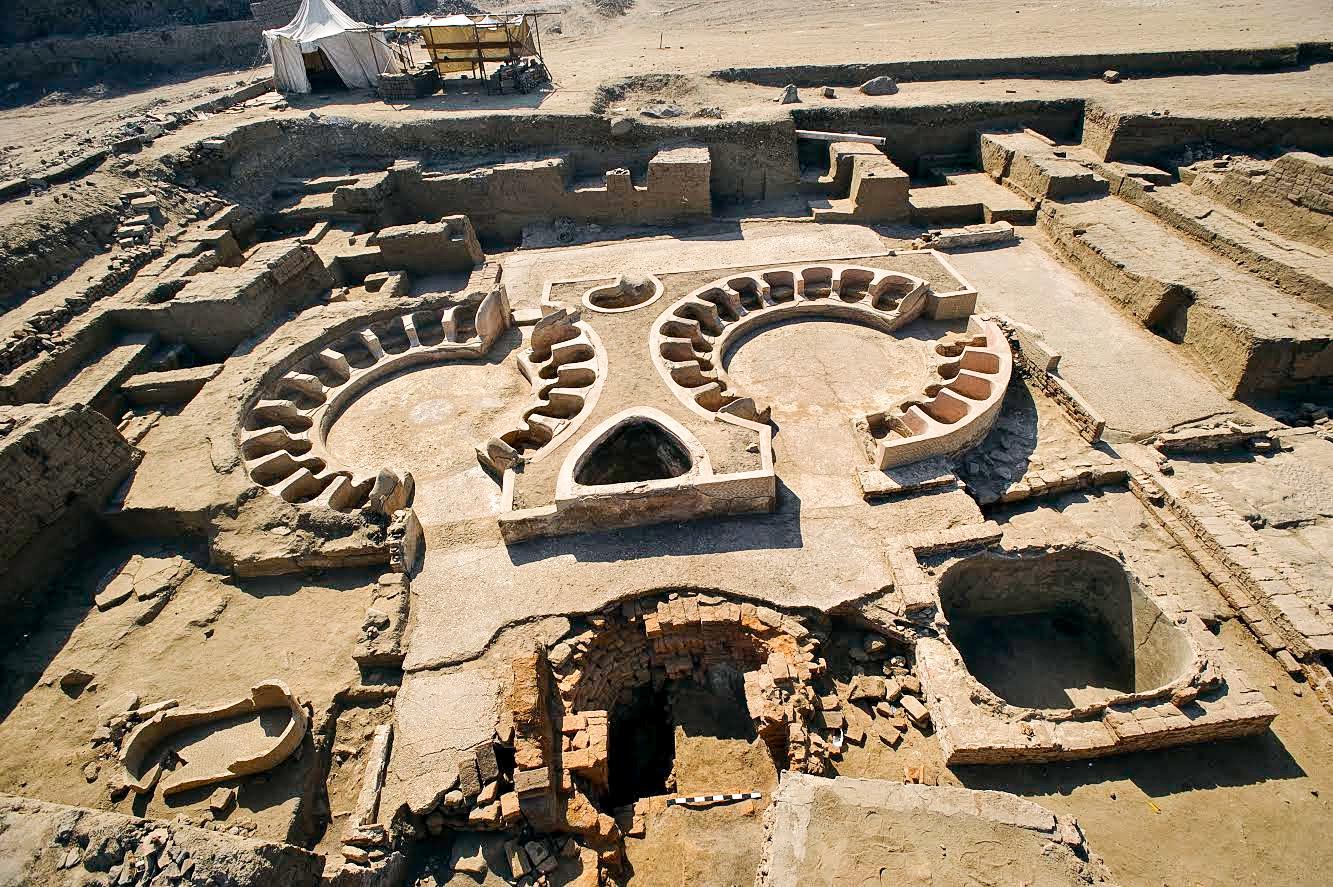 The site features two circles of “hip-bathtubs” whose lazy-boy-esque appearance have attracted the lens of many a photographer, but beyond that the site is teaching archaeologists a lot about the evolution of Hellenistic baths in Ancient Egypt. It’s unique system of heating water includes features unlike any found in other parts of Egypt, or the Greek world. In the words of the renowned Egyptian archaeologist Salah El Mesekh, who manages the site, “these baths teach us more about how the Romans spent their free time- their social time”.  The lecture will also discuss a Roman Era winery recently unearthed. 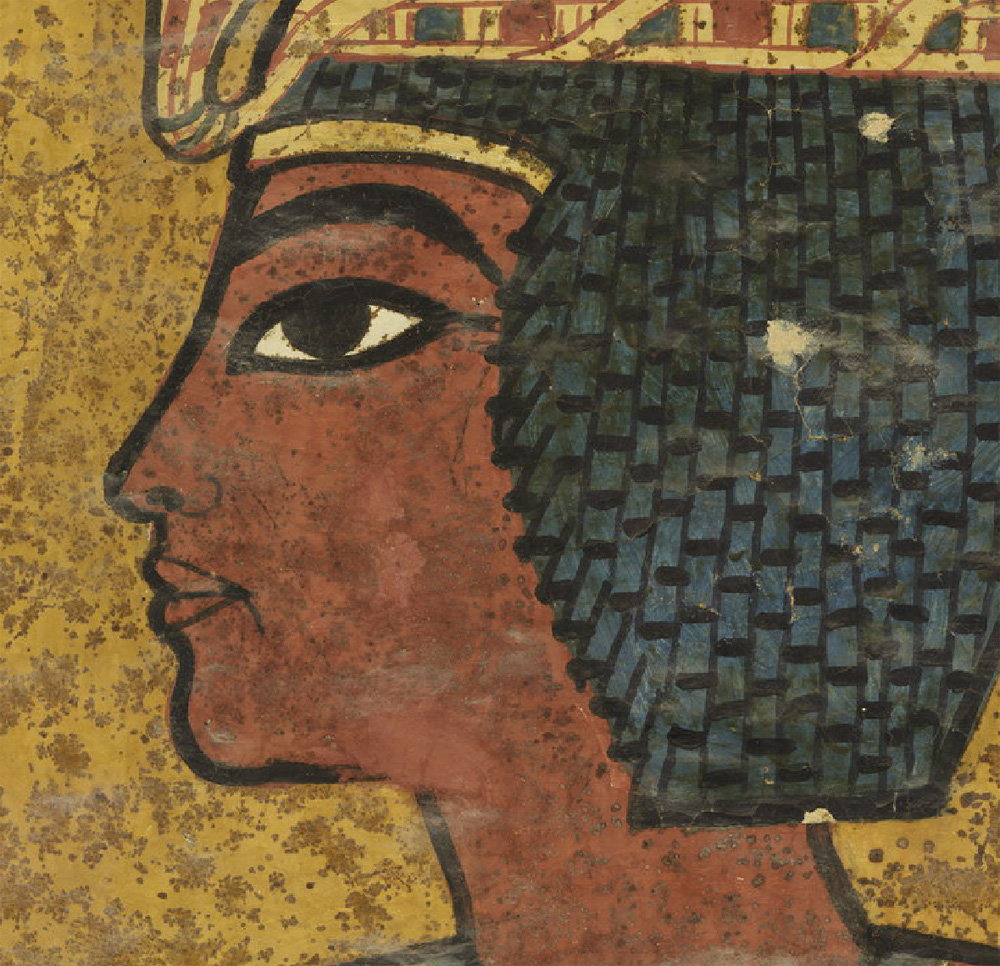 Last, but definitely not least, the lecture will address the flurry of debate surrounding the theory that Queen Nefertiti’s lost mummy may be hidden  behind one of the walls within King Tut’s tomb. Our Curator of Egyptology, Dr. Tom Hardwicke recently wrote a blog featuring his take on the issue. Dr. Waziri and El Masekh will discuss the evidence behind this theory and the feasibility of excavating to determine if there is indeed something there.

Be sure to check out Update in Egyptology A lecture on new discoveries in Egypt this Wednesday, October 26, 2016 starting at 6:30pm!