In only 24 hours, the strongest hurricane on record was born. Hurricane Patricia, which dumped devastating rains over Central Mexico and blasted 200 mile-per-hour sustained winds Friday evening and Saturday morning, had a central pressure two millibars lower than Hurricane Wilma, the previous record holder. Wilma struck the Yucatan Peninsula and moved on to the Texas coast during the 2005 Atlantic hurricane season in the same oceanic conditions that brought Rita and Katrina. The best that Texas meteorologists could say of Patricia is thank goodness it was in the Pacific, and made landfall in a relatively rural area. 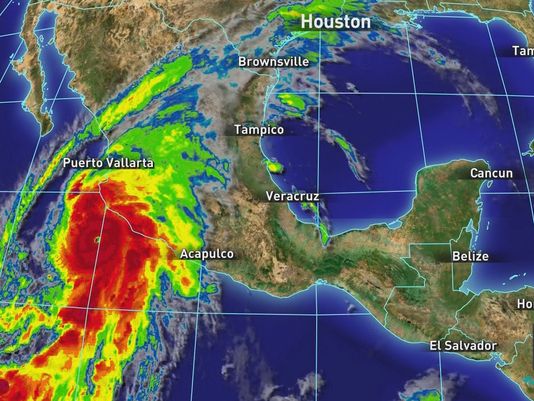 As the worst of Patricia struck an area near Cuixmala and moved inland over the weekend, the storm was expected to present catastrophic conditions to a major swath of the Pacific Mexican coast. Communities near the ocean and just inland were susceptible to a tremendous flash flooding threat from a projected downpour of 10 to 12 inches of rain, widespread power outages and downed trees. Rainfall in the mountains was expected to collect in valleys and rush downhill to low-lying areas, swelling waterways further. 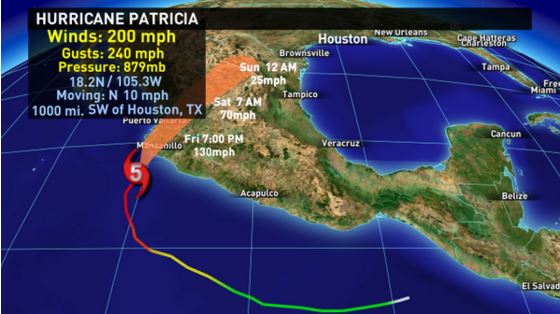 However, CNN reports that Mexico dodged a bullet. Tourists and poor communities were evacuated well ahead of the storm, and in spite of the threat of devastation, there were no reported deaths. When Patricia made landfall, the storm rapidly weakened as it crossed the Sierra Madre, and meteorologists downgraded its status to a low pressure system with wind speeds averaging 35 miles per hour. Storms this strong usually bring down communication infrastructure that must be rebuilt, said David Paul, KHOU-11 Chief Meteorologist. 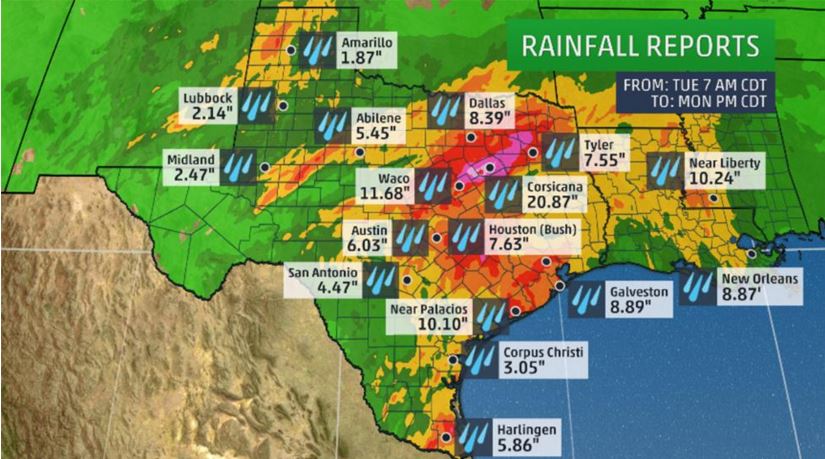 Texas didn’t see hurricane conditions, but residents throughout the state received heavy rainfall. As the storm crossed the mountains and its energy was pushed further up into the atmosphere, it carried with it weekend rainfall totals averaging 12 inches for the state. West and Central Texas endured flooding conditions Friday morning and areas from Victoria to San Antonio and further north into Austin, Waco and Dallas witnessed widespread heavy rainfall, all caused by the disturbance of Patricia’s forward march. 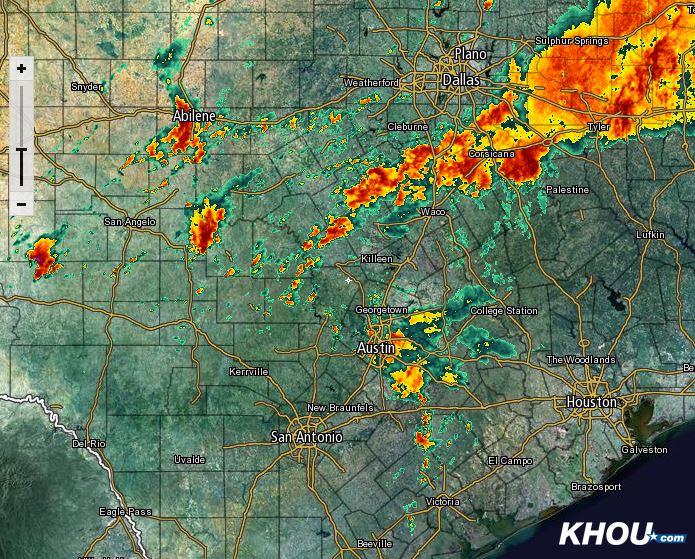 By the time the storm reached the U.S., its power was significantly weakened. For Houston, Patricia meant flash flooding conditions. The city saw more than seven inches of rain over the rest of the weekend. Communities along the coast experienced strong, gale-force winds and an increase in coastal flooding threat.

“The major threats are flooding,” Paul said. “Because it will still have a tremendous amount of vorticity or twist, there will be a tornado threat that will last through Sunday and into early Monday.”

With a storm this powerful, the best advice is to get out of the way. Upwards of 50,000 people in Mexico evacuated, and still more were affected by dangerous conditions.

Scientifically speaking, Patricia was “a beauty,” Paul said. It had a strong, well-defined eyewall and formed in ideal conditions.

“We’re in an El Niño year, and it’s the strongest ever measured,” Paul said. “The sea surface temperatures are above normal, so the storm has plenty of warm water (to fuel it). What has allowed Patricia to become so strong is a lack of wind shear. The upper-level winds were perfect for tropical storm development. No wind shear allows it to ‘bomb out.’ That’s a term we use to mean strengthening rapidly. It went from 65 mile-an-hour winds to a 160-mile-an-hour Category 5 hurricane in 24 hours!”

Imagine poking your head out of an Indy 500 race car shooting down the track. That’s what it’s like to feel sustained winds of 200 mph. Structures in its path, even those on foundations are all likely to have been flattened.

Comparing historical data from Galveston, meteorologists believe the hurricane that laid ruin to the Texas coast in 1900 was probably a Category 4. Winds reached between 140 and 145 miles an hour in that storm, and Hurricane Katrina topped out at 175 mph. At 200 mph, Patricia seems to defy the five-category Saffir—Simpson Scale with its outstanding wind speed, and even Paul admits this storm may require its own category, but that doesn’t mean it’s the strongest that could ever have occurred.

“We don’t have a special section to put it in, but we’ve only been measuring these hurricanes since about the 1970s,” Paul said. “There may have been stronger ones.”

That said, there are some other distinctions to make. The high winds only occur at the eyewall, diminishing further out. And Paul hesitated to use the storm’s historical strength as evidence of any significant global trends.

“I don’t see that. El Niño may be one of the factors, the warming of the Pacific waters a little above normal,” Paul said. “I just see this as a storm that got in the right place at the right time with the upper-level winds.” 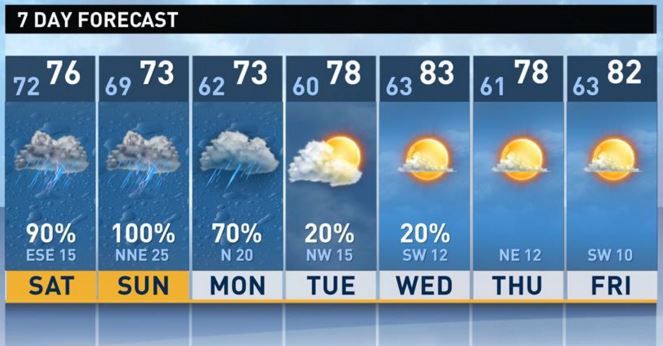 So should Americans be worried about hurricanes of Patricia’s magnitude forming in the Atlantic this season? Paul had an answer for that, too.

“We’re nearing the end of the season, but it doesn’t end until November 31. If you live on the coast, that’s the price. The price you pay is to be prepared for hurricanes to come along every once in a while.”

Residents of Texas and Mexico alike are urged to monitor the weather all weekend long using whatever resources are available. KHOU-11 will keep an eye on the storm 24/7 and will provide updates on its progress on Facebook, Twitter and on the Web.

Do not drive in flash flood conditions. If you must, take extreme caution. Remember to turn around, don’t drown. Get to higher ground.

When the storm has passed, learn more about how the weather is broadcast at the Houston Museum of Natural Science at the KHOU-11 Do the Weather with Chita Johnson exhibit.

Previous Post
Halloween How-to: Make a Spooky Skeleton Out of Recycled Milk Jugs!
Next Post
Mark Your Calendars for these events happening at HMNS 10/26-11/1