On Feb. 15, 2013, with no warning, an asteroid 20 meters in diameter and weighing more than the Eiffel Tower plunged into the Earth’s atmosphere over the Russian city of Chelyabinsk at speeds in excess of 19 kilometers per second. At such a high speed, the 14,000-ton object exploded at altitude, creating a flash 30 times brighter than the sun and panicking Siberian residents. 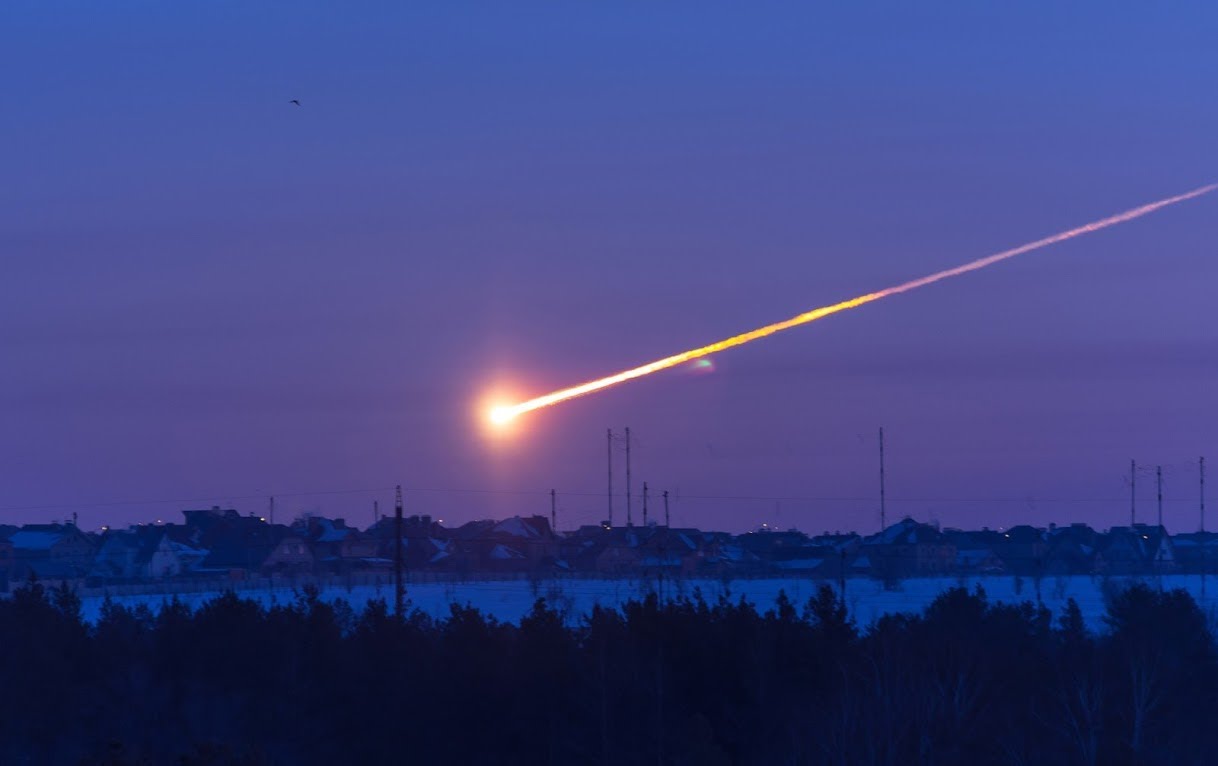 The air burst damaged 7,200 buildings and injured 1,500 people, mostly due to cuts from broken glass, but many reported ultraviolet burns similar to sun damage and blindness from the flash. It was not the impact that caused the most damage, but the explosion as it suddenly fell apart in the atmosphere, about 25 times more energy than the atomic bomb detonated over Hiroshima. 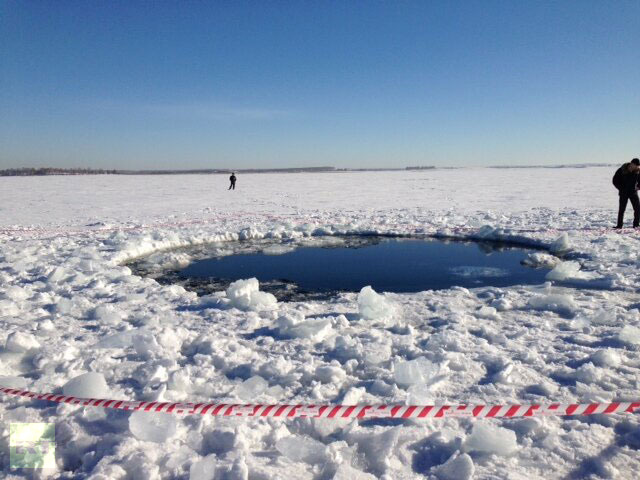 The impact crater caused by the Chelyabinsk meteor.

The largest meteor impact since the Tunguska event on June 30, 1908 that flattened 80 million trees, Chelyabinsk served as a grim reminder that asteroids still pose a credible threat to the planet the same way they did for the dinosaurs. A massive asteroid collided with the Earth 65 million years ago, bringing about the demise of megafauna like Tyrannosaurus rex and Triceratops, along with more than half of the plants and animals living in the late Cretaceous. Scientists agree the asteroid responsible for this mass extinction hit the Yucatan, causing the Chicxulub crater. And the threat remains, this time for us. 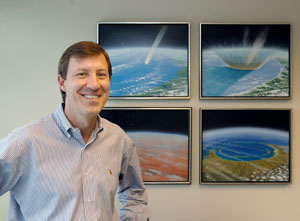 Dr. David Kring, the man who discovered and named the Chicxulub crater.

Dr. David Kring of the Lunar and Planetary Institute, the scientists who discovered and named the Chicxulub for a Mayan village near the center of the crater, will pay a visit to the Houston Museum of Natural Science on Asteroid Day, June 30, at 6:30 p.m. His lecture will examine methods to mitigate the threat of meteor impacts to humanity, and guests will have a chance to engage in a Q&A session during the lecture. The Burke Baker Planetarium will offer special screenings of Impact at 6 and 8 p.m., complimentary with a ticket to Kring’s lecture.

Join us to learn more about asteroid impacts and other phenomena on Asteroid Day. Survival favors the informed. Tickets $18, Members $12.

Previous Post
Hungry for Summer Recipes? Try some bugs!
Next Post
Because Work is Ruff: Take Your Dog to Work Day at the Museum 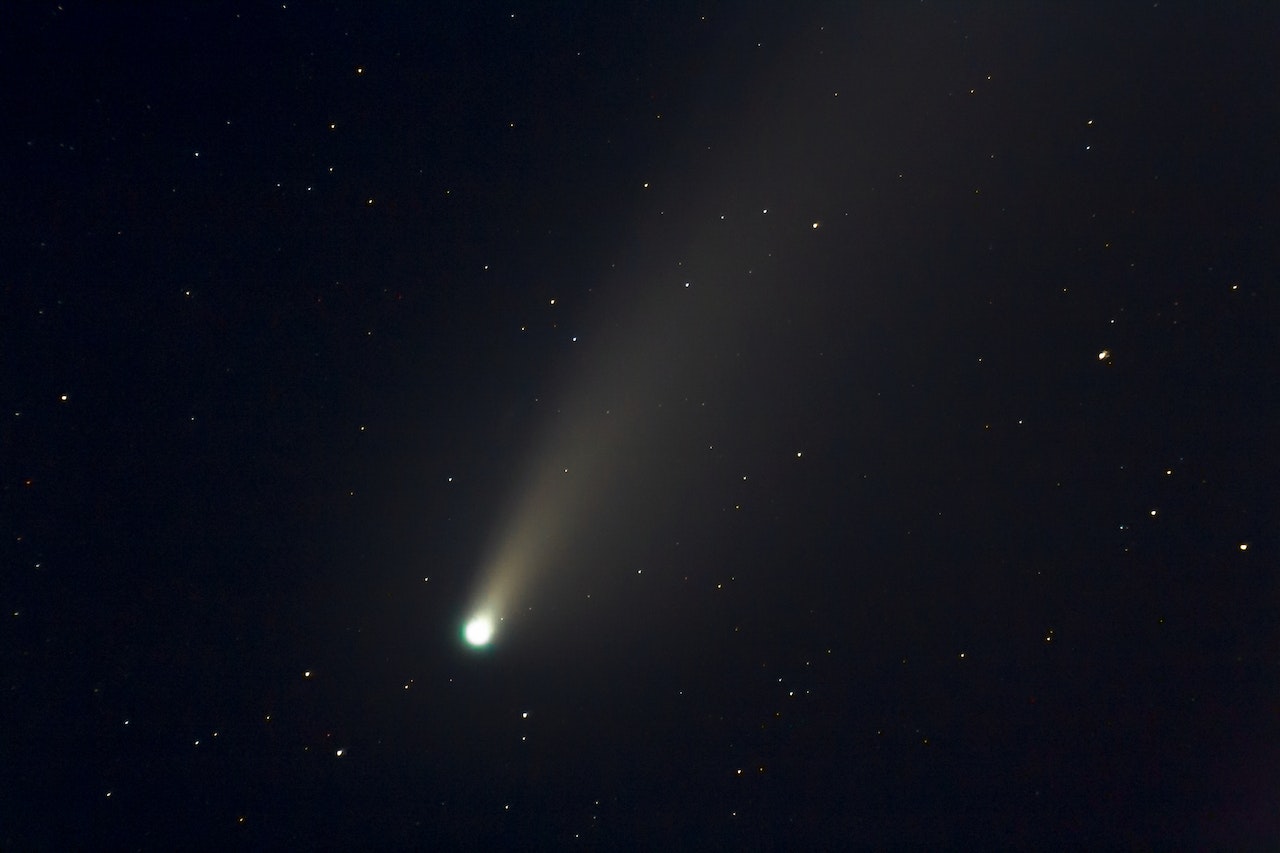 As January ends and February begins, a comet enters the northern evening sky, and it may become bright enough to see with the unaided eye! The comet is C/2022 E3 ZTF. ZTF is the discoverer, the Zwicky Transient Facility, an astronomical survey of the sky using a camera attached to a telescope at Palomar Observatory […]