It’s been more than two weeks since the International Exhibition of Sherlock Holmes opened here at HMNS. For those of you who have not read about the exhibit yet, it’s basically an interactive  nineteenth century crime scene and traditional historical exhibition rolled into one. Visitors can try their hand at helping Holmes interpret a mock crime scene using a menagerie of steampunk-esque contraptions and even a few chemical experiments, and in the process learn about the history of criminal investigation. It really feels like stepping onto the set of a Sherlock movie, when I did it I had a blast.

But the most unexpectedly fascinating topic covered by the exhibit was the story of Sir Arthur Conan Doyle, the creator of the fictional detective. It makes sense that the mind who invented the macabre plots featured in the Holmes stories would probably belong to a pretty eccentric individual, but Conan Doyle’s life definitely does more than live up to my expectations.

Here are a few things that really caught my attention: 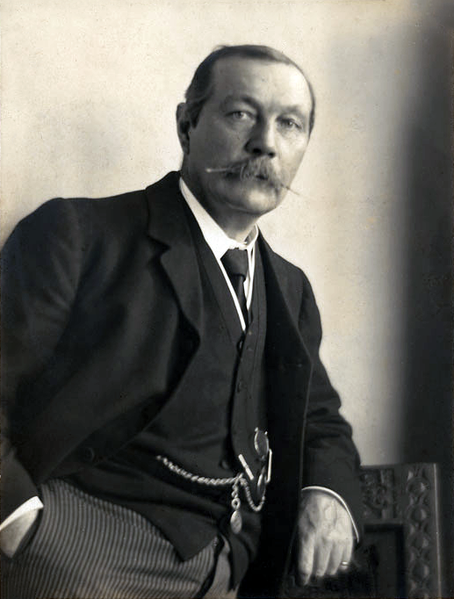 Sir Arthur Conan cleared two men of crimes they did not commit. The first was George Edalji, a half Indian lawyer who was tried for penning threatening letters to his father and mutilating farm animals in his small village. Conan Doyle fueled a public campaign against Edalji’s imprisonment. The famous author/medical practitioner’s  professional opinion that Edalgi’s eyesight was too poor to allow him to kill and mutilate large animals in the middle of the night ultimately helped to get the young Lawyer released. The second man freed partly thanks to Conan Doyle’s efforts was Oscar Slater, an admittedly rather shady gambling den operator who was accused of brutally murdering an 82 year old woman. The evidence against Slater was slim but he was successfully convicted anyway because of his reputation. Conan Doyle helped to expose previously withheld evidence proving Slater’s innocence and ultimately the prisoner was set free.

He poisoned himself as part of a medical experiment

Before he was a writer, Conan Doyle was a doctor. His first academic article was Gelsemium as a Poison, published by the British Medical Journal in 1879. The article was basically a detailed description of what happened when he began administering himself small amounts of the poison, increasing the amount until he could no longer stand the effects. His goal was to gain a better understanding of the the effects of the toxic plant for the benefit of medical knowledge. This sort of experimentation was actually quite common in the nineteenth century. It was a dangerous practice, but the knowledge gained helped doctors diagnose patients better and even led to the discovery of  medical applications for many toxic plants.

Originally his last name was just Doyle, but after graduating from medical school he combined his middle and his last name. From then on he was Arthur Conan Doyle.

While he was still in medical school, Conan Doyle was offered the position of ship’s surgeon on the Hope, sailing for the Arctic Circle.

Sir Arthur was knighted for his services during the Boer War 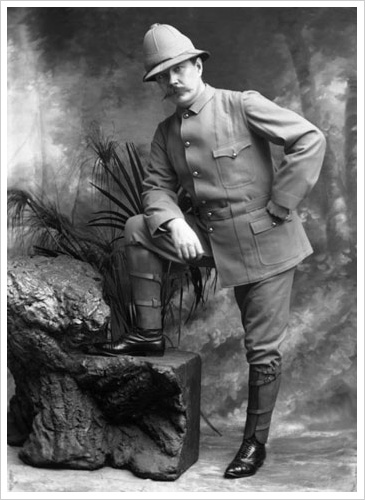 Conan Doyle in uniform as a volunteer during the Boer War. Source: arthurconan doyle.com

Rumor has it the real reason Conan Doyle was knighted was because King Edward VII was so happy when the Hound of the Baskervilles, the first Holmes story to be released since the author killed off the beloved character off in 1892,  was published that he had Conan Doyle knighted. However, the official story is that the doctor-turned-writer was knighted for his services as a volunteer medical officer during the Boer War in 1900.

He was a paranormal investigator

Conan Doyle was a member of the Ghost Club, a paranormal  research and investigative organization founded in 1862. It is thought to be the oldest paranormal research organization in the world.

He was frenemies with Harry Houdini

Conan Doyle was friends with Harry Houdini for a while, brought together oddly enough by their opposing viewpoints on Spiritualism. After his mother’s death, Houdini had made it his mission to expose fraudulent mediums, while for many years Conan Doyle had made it his mission to advocate Spiritualism. The two finally fell out after the famous author’s wife, who was a medium herself, held a seance with Houdini that did not impress the magician very much.