It’s a common joke I’ve been hearing lately, and in a way it makes sense. Why celebrate the beginning of the season before the weather even begins to change?  However, there are more changes in store for us than merely the temperature, and in the past these changes have been a vital reminder to our ancestors of what is in store for them in the coming months. 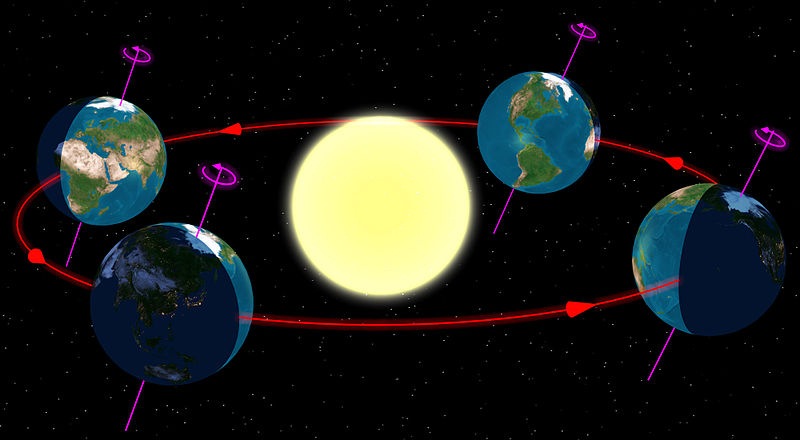 The Earth at the start of the 4 (astronomical) seasons as seen from the north and ignoring the atmosphere (no clouds, no twilight). Source: Wikimedia Commons. 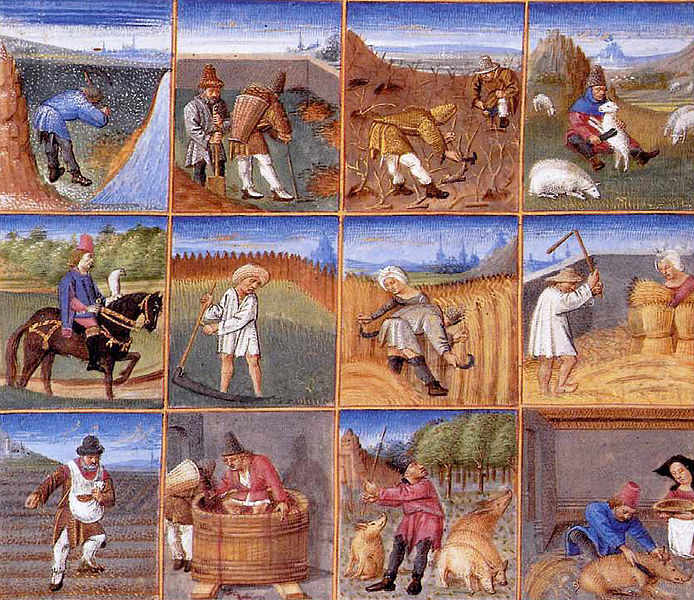 The predictable change of seasons allowed our ancestors to know when to plant crops, and then when we can expect to harvest them. Most of the readers of this blog are probably not farmers, and even if you are, you probably have a calendar to tell you what season it is. But in the days before the printing press, the stars told us all we needed to know. The equinoxes represent a remarkable event in the celestial world. We are in limbo, neither of Earth’s hemispheres are pointing toward or away from the sun. The length of day and night are almost equal. Soon, however, things will change. The days will become shorter in the Northern hemisphere; the sun will pass lower in the sky. This noticeable change in the sun’s path across the sky and its obvious relation to changing seasonal weather patterns is what led people to calculate the days on which the equinoxes fell possibly as far back as ancient Egypt.

In the days before television, electricity, or even the widespread availability of books, the equinoxes foreshadowed a very important change in the way people were going to be living and working in the following months. Celebrating the autumnal ( or vernal) equinox, the one we are experiencing today, reminded our ancestors in the Northern hemisphere that the tough work of harvesting would soon be upon them. If the harvest failed, months of hunger would be in store.  In addition to dealing with the crops, as the year progressed more and more of their day would be taken away by the cold, dangerous night. Our ancestors around the equator and in the Southern hemisphere would also experience seasonal change in temperature and weather patterns. This is why civilizations all over the world have made special note of the equinoxes.

So there you go; the reason Autumn begins today, even though it’s ninety degrees outside, is because our ancestors had no other way of predicting the oncoming season other than celestial events like the vernal equinox. So sit back, enjoy your pumpkin spice latte, and appreciate the fact that you don’t have to worry about the harvest this year.