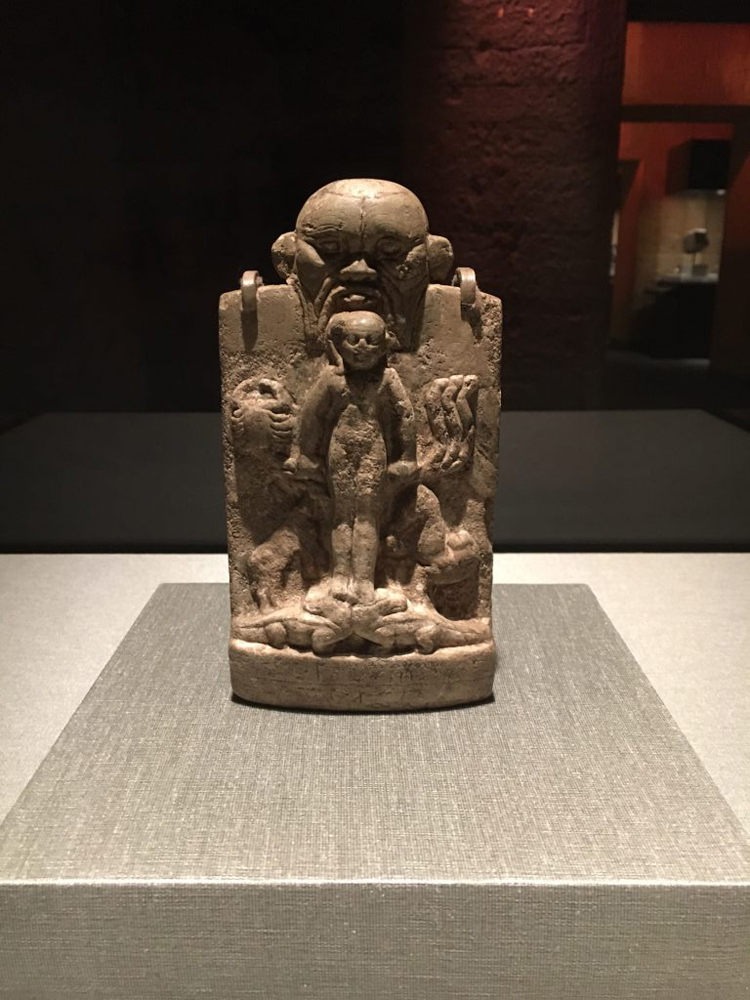 This weeks entry in our “5 Most Magical…” series will discuss our cippus displayed in the Hall of Ancient Egypt. A cippus is essentially a magical amulet designed to protect Egyptian households from either negative spiritual influences or real-world perils such as scorpion stings and snake bites. The two figures seen at the front are the gods Horus and Bes.

Horus was the God of Kings. He was a falcon-headed warrior whose roots run deep in ancient Egyptian history. His image can be seen perched atop the names of some of the earliest kings of Egypt and it can also be seen in the grand constructions of the last Ptolemaic kings of Egypt: rulers of foreign blood but who nonetheless understood and appreciated the mighty prestige held by the gods in Egypt. 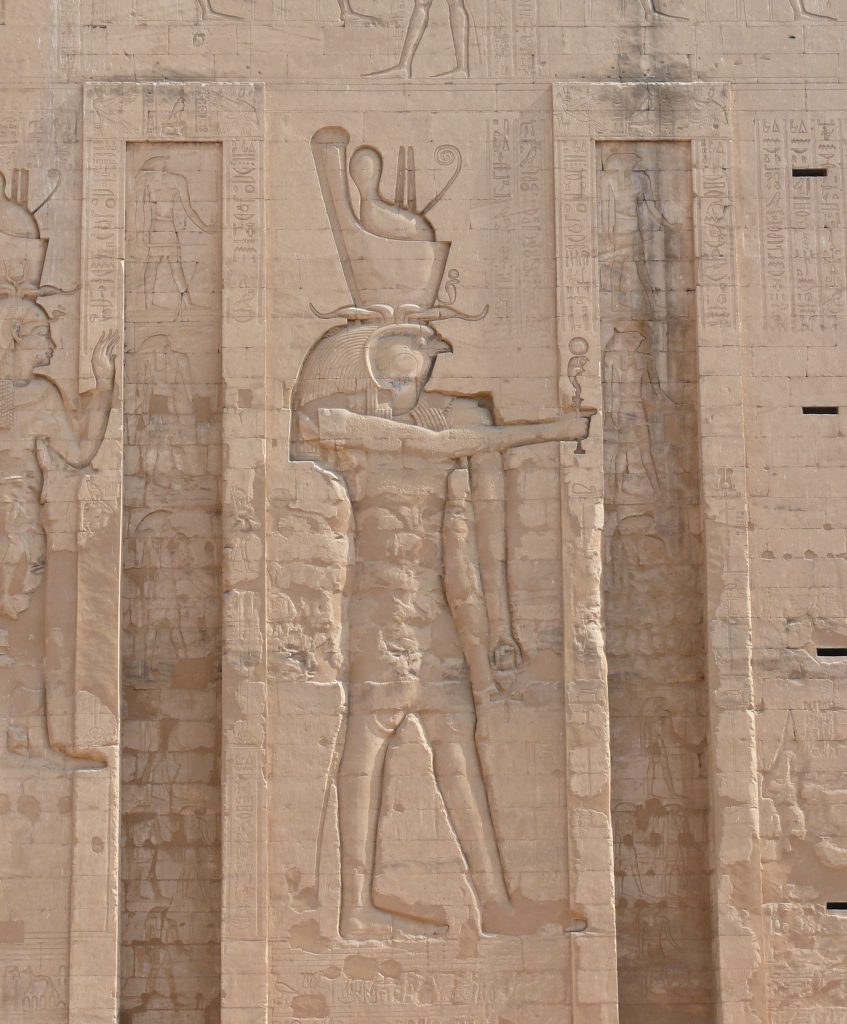 Because Horus was so ancient and so important, a number of different characteristics were ascribed to him over time. In some periods he was merged with the Sun God, becoming Re-horakhti.  Sometimes he took the image of a lion, of a sun disk, or a child. The cippus pictured above has a depiction of Horus as a young boy in the foreground. In this form he is known a Harpocrates and is associated with protection. Notice that he is standing on top of a pair of crocodiles and grasping scorpions and snakes in his hands. He is dominating these animals which are closely associated with mortal danger. According to ancient Egyptian legend, when Horus was young he was bitten by a scorpion and died. His mother, Isis, was heartbroken and went to Toth, the God of Scribes, to ask for help. Toth provided Isis magical incantations that allowed her to bring her son back to life. 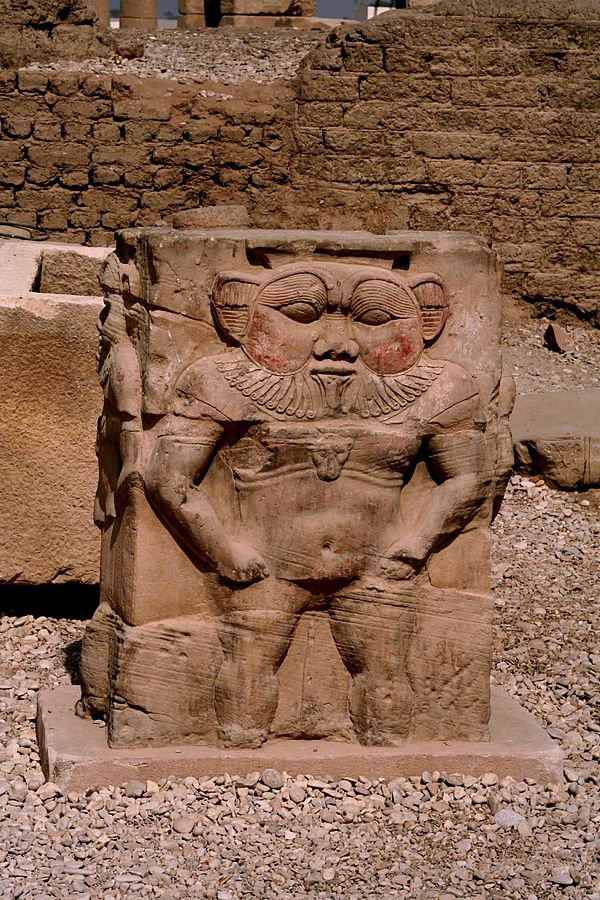 Looming behind Harpocrates is an image of Bes. He is another very ancient god, with roots going back to Predynastic times (3,100 BC – 2,686 BC. i.e. before Egypt was unified as a single state under one ruler). In early periods he was depicted as a ferocious, snarling lion but over time he morphed into an angry looking dwarf with a lions mane. His ferocious facade was believed to scare away evil spiritual influences. But inside he was a total softy and spent his time using his frightening appearance to protect innocent Egyptians.

Together, these ancient gods were believed to provide powerful magical protection. In addition to these figures, magical spells are carved into the back and sides of our cippus. The spells on amulets of this type usually detail the story of Horus’ near-death experience and the words used to revive him. These were considered powerful words by the Egyptians, who did not have access to modern medical care and who fully believed in the myths of the gods. They felt themselves in constant peril from both invisible, paranormal forces as well a real, earthly dangers. Cippi like this one would have provided a sense of security and control to their owners.