If you follow astronomy websites, you’ve probably noticed that every month or so there’s an article about a meteor shower happening. There are meteors showers frequently throughout the year. Some showers are more active than others depending on various factors. This August one of the most reliably active showers, the Perseids, will take place. 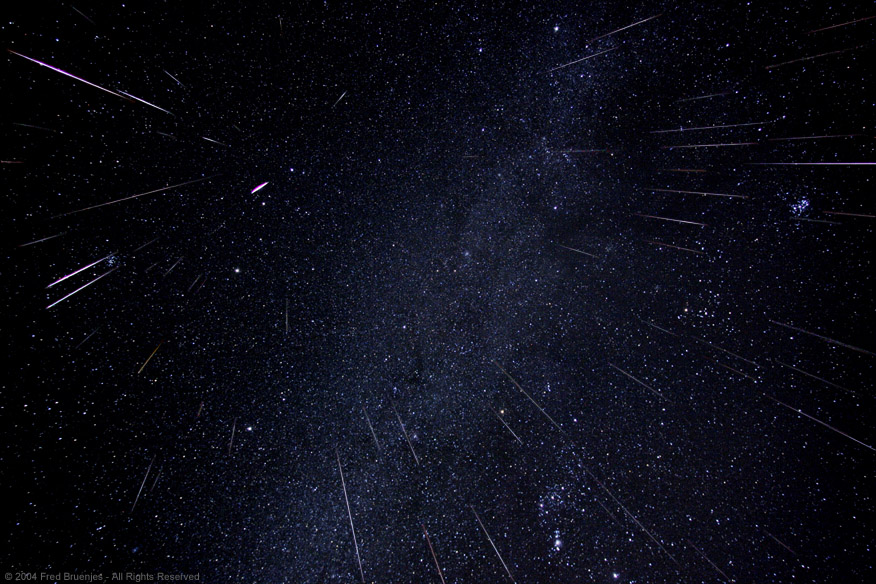 The Perseids, sometimes called The Tears of St. Lawrence, occur when the Earth passes through a debris field created by comet 109P Swift-Tuttle. This year, the meteor shower peaks Tuesday night (August 12) through early Wednesday morning. Besides being one of the most active showers (in 2013 it averaged 109 meteors an hour), the Perseids also have a very broad peak. Meteors can be seen as early as July in some circumstances.

The early meteors which are the first ones to hit the earth’s atmosphere, tend to be the brightest ones with the longest tails.These are called “Earth-grazers” and those are the ones we will be looking for the evening of August 12-13 here at the George Observatory.

This year, the shower will be taking place during another “Supermoon,” occurring August 10. While not at its closest point, this means the Moon will still be very close and bright on August 12. Normally, this would not be an ideal night for observing meteors since the Moon will flood the sky with light.

Our astronomers like to joke that “Moon” is a four letter word.

But don’t fret! The Moon won’t rise until 9:30 p.m. that night and, with our high tree-line here at the George Observatory, it won’t start affecting viewing until at least 10 p.m.  Also, even after the Moon rises, the brightest meteors will still shine through.

In 2011, the Perseids peaked on a full Moon and people still saw an average of over 50 meteors an hour. This year the Moon will be a waxing gibbous (progressing from the full moon to the new moon).

The George Observatory will be open on Tuesday, August 12 from 5 p.m. until 2 a.m. for  meteor shower viewing.

Event tickets are $5 per person.  Our Discovery Dome will also be available for $3 per person. 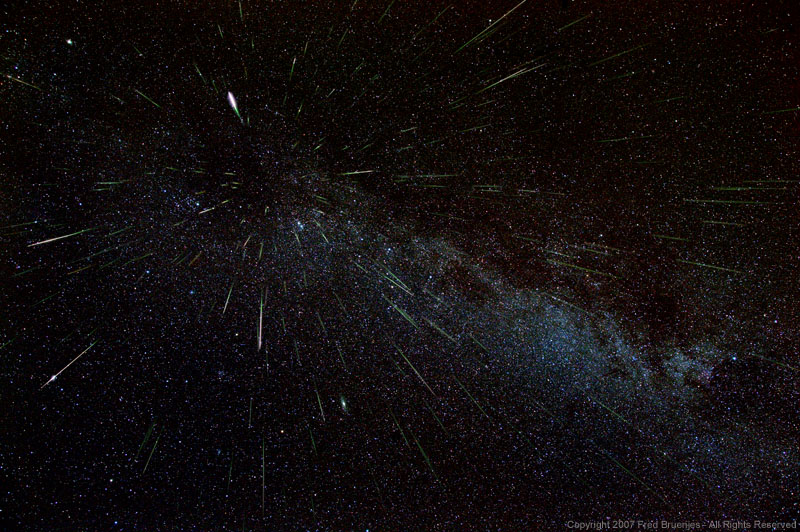 The George Observatory could not have survived without our many stellar astronomers over the years. We will be highlighting some of the amateur astronomers who continue to generously share their time and talents so visitors can see images from a variety of telescopes to enjoy the night sky. How and when did you get interested […]