Editor’s Note: This is part three of a three-part series exploring the history and significance of D-Day as we approach the 70th anniversary of the battle. Click here to read part one and here for part two. For information on D-Day: Normandy 1944, the 3D film now showing in the Wortham Giant Screen Theatre, please visit us online. 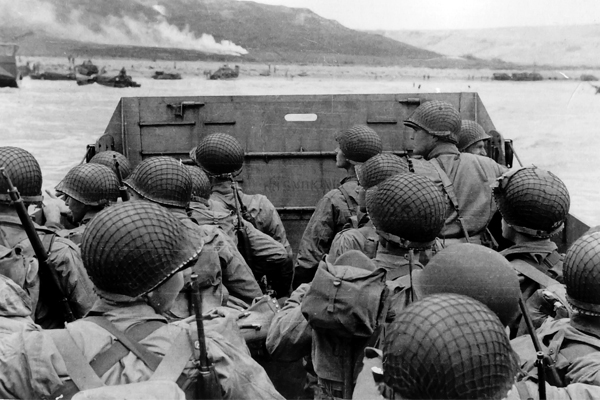 Soviet soldiers hoisted their banner on top of the Reichstag in Berlin.

Less than a year separate these two images. On June 6, 1944, the Allies invaded France; on May 2, 1945, Soviet soldiers hoisted their banner on top of the Reichstag in Berlin. For the Allied armies advancing on Berlin, these intervening 11 months were anything but a cakewalk.

In France, German defenders stubbornly resisted the invasion. Hedgerow country in Normandy, known as the Bocage, offered them shelter and hiding places. It was only after an enterprising individual had equipped the front of a tank with sharp steel spikes that it became possible to drive though the hedges and overwhelm German defenses. 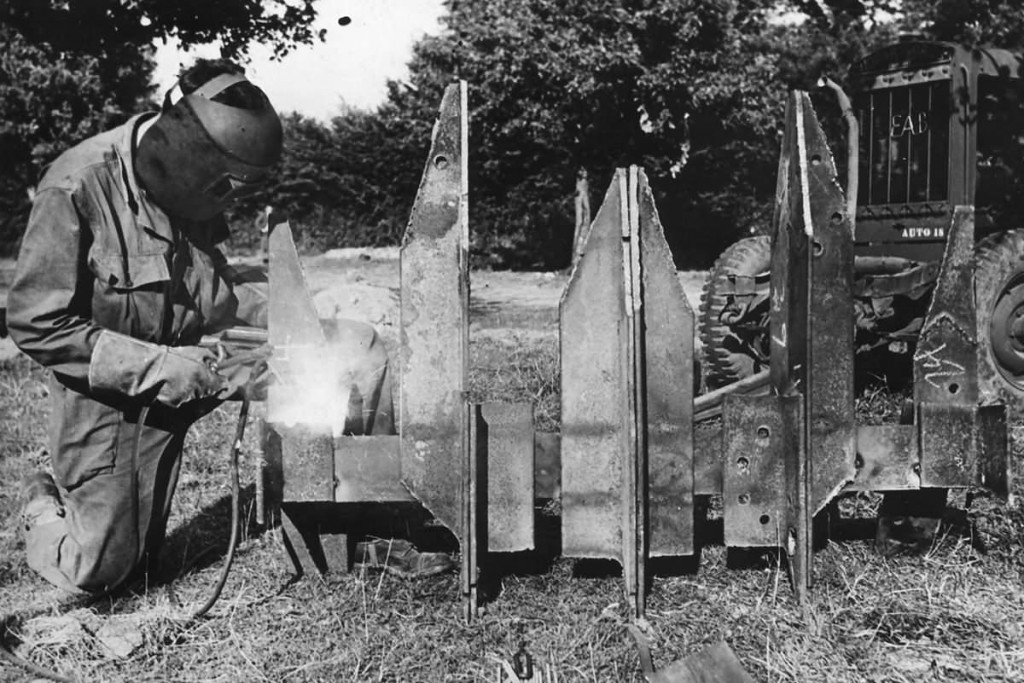 Under the command of General Patton, U.S. armored units broke through the German lines and raced toward Paris. The city was liberated on August 25, 1944. Antwerp, an important port city in Belgium, was liberated on September 4. Soon, much needed supplies were offloaded on its docksides. An attempt to rid the Netherlands of its German occupiers was only partially successful, as the Allies literally aimed for a “bridge too far.”

While armored units advanced over land to the German heartland, there was an equally ferocious battle being fought in the sky. British and American bomber forces leveled German cities and the factories in a determined effort to cripple Germany’s ability to wage war. This strategy, started in 1942 on a massive scale, continued up to a few days before the fall of Berlin. The quote at the top of this blog post comes from leaflets (and radio broadcasts) aimed at the German people. They warned:

“We are bombing Germany, city by city, and ever more terribly, in order to make it impossible for you to go on with the war.  That is our object.  We shall pursue it remorselessly. City by city; Lübeck, Rostock, Cologne, Emden, Bremen, Wilhelmshaven, Duisburg, Hamburg — and the list will grow longer and longer. Let the Nazis drag you down to disaster with them if you will. That is for you to decide.  We are coming by day and by night. No part of the Reich is safe. People who work in [factories] live close to them. Therefore we hit your houses, and you.”
– Pamphlet dropped in Germany by the RAF, Summer 1942.

On the eastern front, Soviet troops continued their march westward. German resistance crumbled. The appearance of advanced technology, especially jet-powered airplanes, came too late and in insufficient numbers to make a difference. V-weapons, meant to exact revenge on Allies cities such as London and Antwerp, caused great loss of life. They did not, however, reverse the fortunes of war for Germany.

The aftermath of a V2 rocket hitting London 1945 (Image: Wikipedia)

Christmas 1944 did not bring peace; a last gasp German offensive into the Ardennes region of southern Belgium resulted in the Battle of the Bulge. A German demand to surrender received a famous one-word answer from Brigadier General McAuliffe: “NUTS.”

By now German units were fighting on their own soil, in the east against Soviet forces nearing Berlin, and in the west against Allied forces occupying the industrial Ruhr area on their way east. Soviet and American forces eventually encountered each other at a crossing over the Elbe river. As they penetrated deeper into Germany, Allied soldiers liberated thousands of concentration camps. Evidence of the Holocaust became widely known abroad.

Soviet troops captured Berlin, sustaining and inflicting horrific losses. On April 30, 1945, Hitler committed suicide. Two days earlier, Benito Mussolini had been captured and killed in northern Italy. On May 7, 1945, Germany unconditionally surrendered and the war in Europe was officially over. All over Europe and the U.S. people celebrated Victory in Europe (VE) Day. 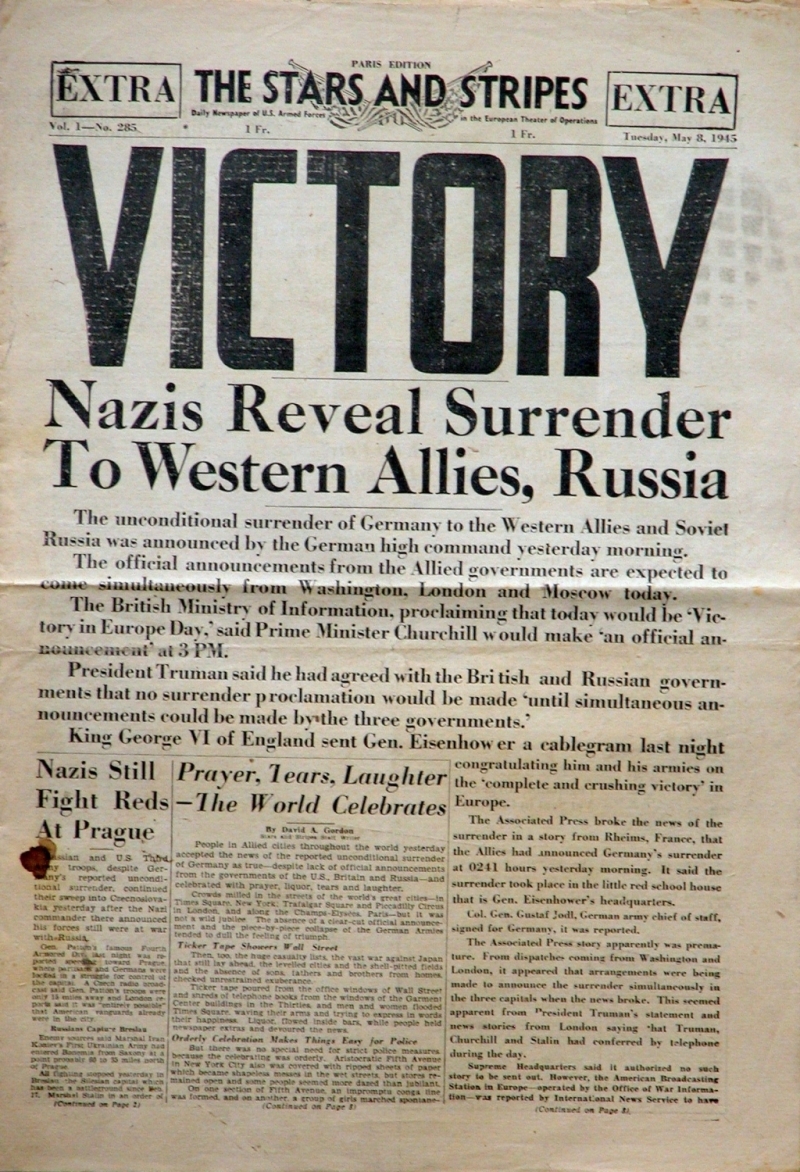 Hostilities were not yet over. In the Pacific theater, the war against Japan continued. Two atomic bombs dropped on Japan brought the bloody conflict to an end some three months after peace came to Europe.

As far as Europe is concerned, one can confidently say that the D-Day invasion marked the beginning of the end for the Third Reich. Forced to fight on two fronts, Germany ran out of men and material. 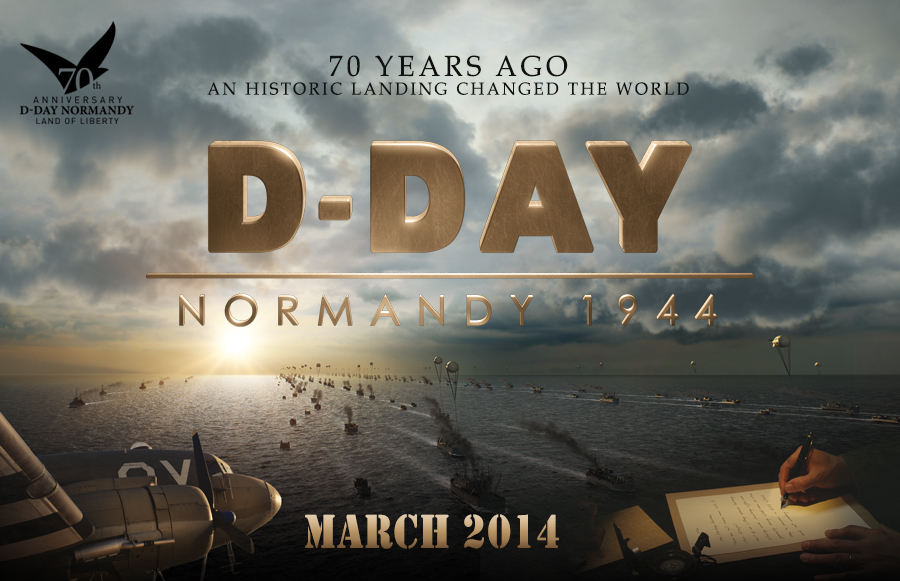 The Houston Museum of Natural Science’s Wortham Giant Screen Theatre is now showing D-Day: Normandy 1944. The film is running exclusively at HMNS in the Houston-Galveston area through November 11.

Thanks to a generous donation from Gallery Furniture, all military personnel (active duty and veterans) can see D-Day: Normandy 1944 for free.

We’re also starting our Take Two series this month in the Wortham Giant Screen Theatre beginning Friday, June 6 with a showing of Saving Private Ryan (8:30 p.m.) and on Friday, June 13 with The Longest Day (7:00 p.m.).

Previous Post
Seeing Stars with James Wooten: Break out the sunscreen, 'cause here comes the Summer Solstice
Next Post
"These are the heroes who helped end a war": Commemorate D-Day's 70th anniversary at HMNS By Guest Blogger Mike Vance, Houston Arts and Media To picture the home front during World War II is to summon memories of drives for war bonds and scrap metal and rationing of sugar, meat and shoes. To be sure, it was a time that included all of those sacrifices and more. It was also, […]