It’s almost Memorial Day weekend! Once again, it’s time for family, barbeques and — if you’re the traditional sort — white pants and shoes. And that’s not to mention the action-packed weekend we have in store at HMNS! With a movie premiere in the Wortham Giant Screen Theatre, two brand new special exhibitions (highlighted by a historic reenactment), several limited engagement exhibits, and our stunning permanent exhibit halls open to you, this is sure to be a weekend to remember!

On Friday, May 23, the epic 3D film D-Day: Normandy 1944 opens in the Wortham Giant Screen Theatre. Telling the story of the largest Allied operation of World War II through a stunning visual spectacle, the film’s seamless transitions between live action, animation, and CGI bring this historic battle to life.

Battleship Texas, organized by the Texas Parks and Wildlife Department, highlights the history of the Battleship Texas in service to the United States Navy through World War II. On the other hand, Nature Unleashed: Inside Natural Disastersimmerses you in the most powerful natural phenomena on Earth: earthquakes, volcanoes, tornadoes and hurricanes. 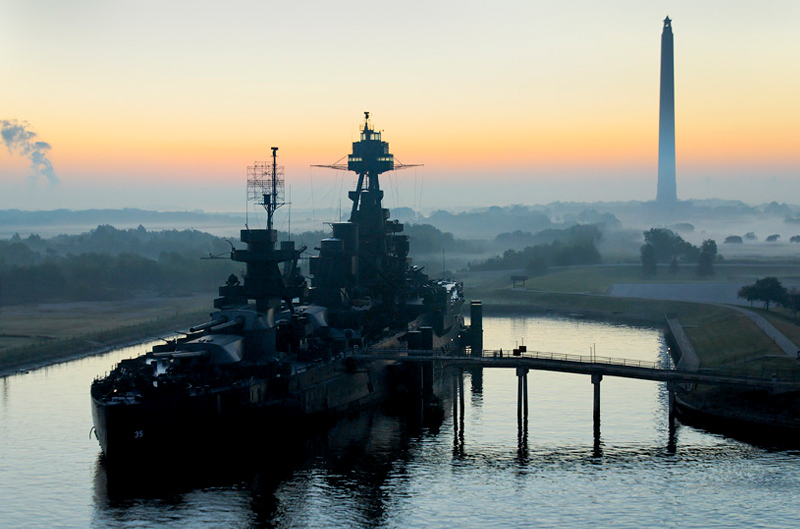 From Saturday, May 24 through Monday, May 26, you’ll find members of the Sixth Cavalry, a WWII reenactment and technological preservation group, camped outside the museum. A non-political, non-profit organization dedicated to the preservation of the memory of our nation’s veterans, the Sixth Cavalry will display military vehicles, including a half-ton truck, Jeeps, and a half-track outside the museum.

On Memorial Day, May 26, they will perform a two-bell ceremony at noon to honor those who have fallen.

In addition to our permanent exhibit halls, special exhibits Magna Carta and Bulgari: 130 Years of Masterpieces are here for a limited time.

So there you have it — something for everyone, all weekend long at HMNS. Come see us!

One response to “Celebrate Memorial Day all weekend long at HMNS”

Hey, Scouts! Spend the day at HMNS this weekend and work on earning your Nova Award during STEM/Nova Day! The Houston Museum of Natural Science is the perfect place to complete your badge requirements. Visit our permanent exhibit halls, watch a Burke Baker Planetarium or Wortham Giant Screen Theatre movie, and ask some of our […]

Color and Create for the Secret Ocean Art Contest!

The bright colors of life on the coral reef inspire artists all over the globe. How well does your art measure up? Show off your talent through the Secret Ocean Art Contest, and you could win free museum tickets and an artist feature on the big screen! Check out some of our ideas below and […]